PHOENIX - An overnight motorcycle crash took the life of a woman in Phoenix near 20th Street and Highland.

Police say the 30-year-old woman was riding a 2015 Harley-Davidson when she collided with a 2016 Chevrolet Silverado pickup truck that was making a left-hand turn.

The truck driver, identified as 23-year-old Martez Lyle Begay did remain at the scene. 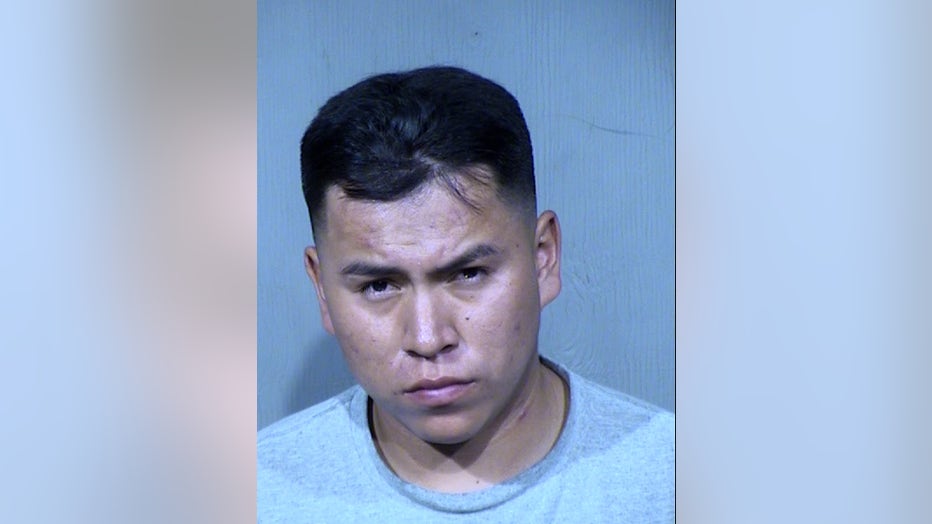 According to Phoenix Police Sgt. Tommy Thompson, on April 22 at 9:24 p.m., Begay, with a 37-year-old male passenger, were traveling southbound on 20th Street, just south of Highland Avenue when he drove the truck left of center as he prepared to turn into a private drive.

"The pickup collided head-on with a northbound 2015 Harley Davidson motorcycle, driven by a 30-year-old woman.  The woman was transported to a local hospital where she succumbed to her injuries.  Neither Begay nor his passenger were injured," stated Thompson.

Police say Begay displayed signs and symptoms consistent with impairment. He consented to a breath test that resulted in 0.195 blood alcohol content.

"He was processed, and detectives were able to develop probable cause that he was impaired, and Begay was later booked into the Maricopa County Jail," said Thompson.

The woman's name has not been released.