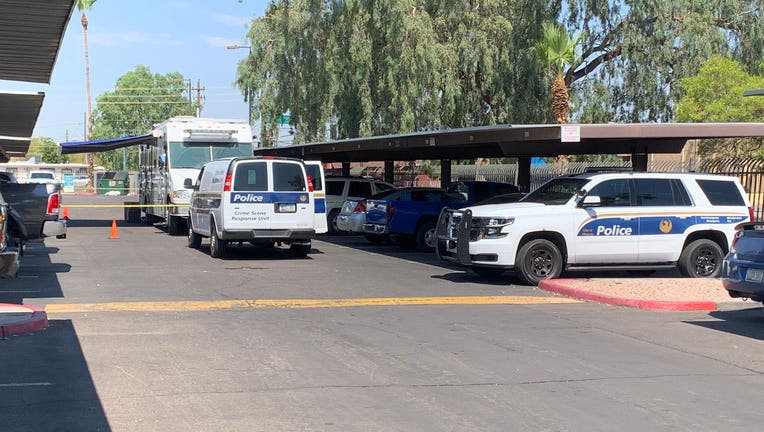 PHOENIX - An investigation is underway after police say a confrontation between two people escalated to a fight and shooting in Phoenix.

According to Phoenix Police, officers responded to reports of a shooting near 27th Avenue and Indian School Road at 5 a.m. on June 27 and found a man with a gunshot wound.

"Officers learned there was a confrontation between the victim and another adult male, which escalated to a physical fight and a shooting," police said in a statement.

The suspect stayed at the scene after the shooting and is speaking with police.