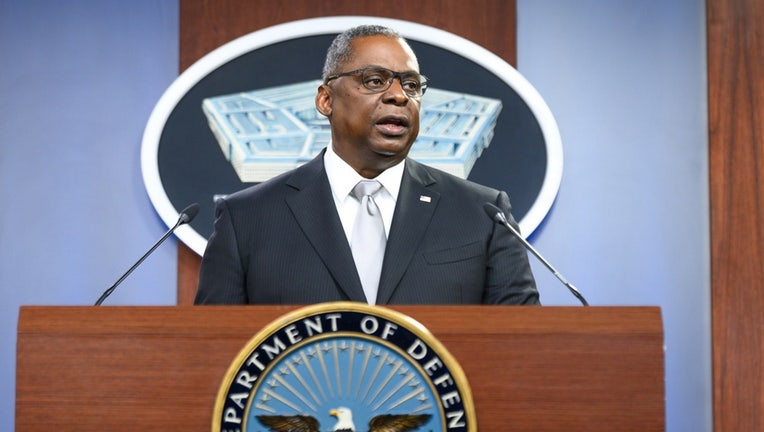 WASHINGTON - Defense Secretary Lloyd Austin has decided that National Guard members who refuse COVID-19 vaccination will be barred from federally funded drills and training required to maintain their Guard status.

Austin spelled out the policy in an internal memo obtained by The Associated Press. In the memo, he instructed leaders of the military services Tuesday to publish guidance by next week on dealing with Guard members who fail to meet military medical readiness requirements by refusing the vaccine.

"Vaccination is essential to the health and readiness of the force," he wrote.

All members of the military are required to be vaccinated unless they obtain an official waiver for medical or other reasons.

The military services have set varying deadlines that apply to active and reserve forces. Members of the Air Guard must be vaccinated by December; Army Guard members have until June. Austin's policy will affect Guard members only when the vaccination deadline set by their service has been reached.

Under federal law, members of the National Guard must assemble for drills and participate in training a specific number of days per year.

Austin said those Guard members who are not allowed to participate in drills due to their refusal to be vaccinated will not be paid by the Defense Department. And they will not receive credit that would count toward retirement and other federal benefits. Austin told the service leaders to implement that policy in coordination with the chief of the National Guard Bureau and the Pentagon's top personnel officer.

We are living through an unusual health crisis with government rules that are drawing praise and opposition. But this is not unprecedented or new. Our nation has gone through this many times before.

When Guard troops are on state active duty, such as responding to local emergencies like flooding, they report to their governor and are paid by their state. But during monthly or annual training or when they are responding to larger emergencies in the state, they are controlled by the governor but funded by the federal government. This is known as Title 32 status, which is distinct from situations in which Guard members may be called to active duty for federal service, known as Title 10 status.

In spelling out the consequences of refusing the vaccine, Austin applied to the entire National Guard the same policy he established in response to Oklahoma Gov. Kevin Stitt's request that his Guard members be exempt from the vaccine mandate. Stitt has argued that as governor he has the authority to allow members of the Oklahoma Guard to avoid the vaccine while they are under state control.

In a Nov. 2 letter to Austin, Stitt wrote that the mandate "violates the personal freedoms of many Oklahomans, as it asks them to potentially sacrifice their personal beliefs in order to not lose their jobs."

In his response Monday, Austin denied Stitt's request and said the governor's concerns "do not negate the need" to be vaccinated. Oklahoma so far is the only state to assert that it can sidestep Austin's mandate.

RELATED: Thousands of military families struggle to put food on the table

The Pentagon considers the COVID-19 vaccines critical to maintaining a ready force — active and reserve — that can deploy when needed to protect the nation, and National Guard members are part of that force.

According to figures provided by the National Guard Bureau, 70% of Guard members had received at least one dose of COVID-19 vaccine as of Nov. 22 and 62.6% had been fully vaccinated. Those numbers may undercount vaccinations since some Guard members may have been vaccinated outside of the military system, with their records not yet fully updated.