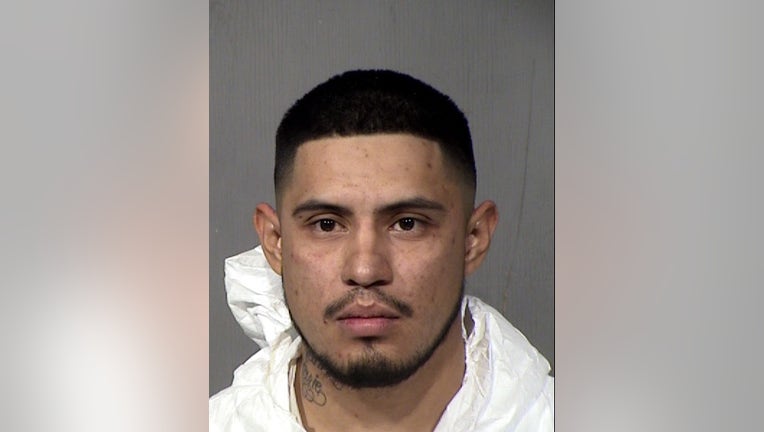 At around 2:20 a.m. Sunday, officers responded for an "unknown trouble" call at Coops Bar & Grill in the 8500 block of Peoria Avenue. The caller said a man with a gun was pointing it at others nearby.

While still on the phone with dispatchers, the caller said the suspect fired the gun then fled in a black SUV.

Near the bar, officers found the man who was shot. He remains at the hospital with serious injuries.

Officers found the suspect in the SUV driving westbound on Peoria Avenue and attempted to stop him. He continued and ended up crashing behind a business and was arrested.

The suspect is identified as 28-year-old Frank Vaquera Jr. of Phoenix.

"This incident appears to be isolated between these two individuals and there are no outstanding suspects," the department said.

Detectives are asking anyone who may have additional information to call the Peoria Police Department at 623-773-8311.