PHOENIX - A double homicide suspect out of Phoenix was found in Kansas by authorities and was killed in a shootout, police said.

The suspect allegedly killed Cameron Brown, 28, and Asya Rose Ribble, 27, on Jan. 22 around 1 p.m. near 51st Avenue and Warner Street. Their small children were found safe inside the home.

"As the investigation progressed detectives identified an adult male as a suspect. It was also learned that an adult female was likely with the suspect. The man and woman were tracked out of the state. Phoenix detectives contacted agencies nationwide, with information about the man and woman along with the case explanation," Phoenix Police said.

The Kansas Bureau of Investigations says the shooting happened on Jan. 23 in Dodge City, Kansas around 9 a.m. after deputies saw the suspect near Minneola, Kansas and were led on a pursuit.

"Deputies from the Ford County Sheriff’s Office and the Kansas Highway Patrol joined the pursuit. Once the suspect’s vehicle came to a stop, gunfire was exchanged. The shooting occurred at Hwy 50 and 113 Rd. in Dodge City," the bureau said.

The suspect was shot and killed and the woman with him was inside the car and was struck by the bullets. She's in critical condition.

The suspect is identified as Leroy Malone, 39, and the woman he was with remains unidentified.

From Phoenix, it would take about 14 hours to get to Dodge City, Kansas. 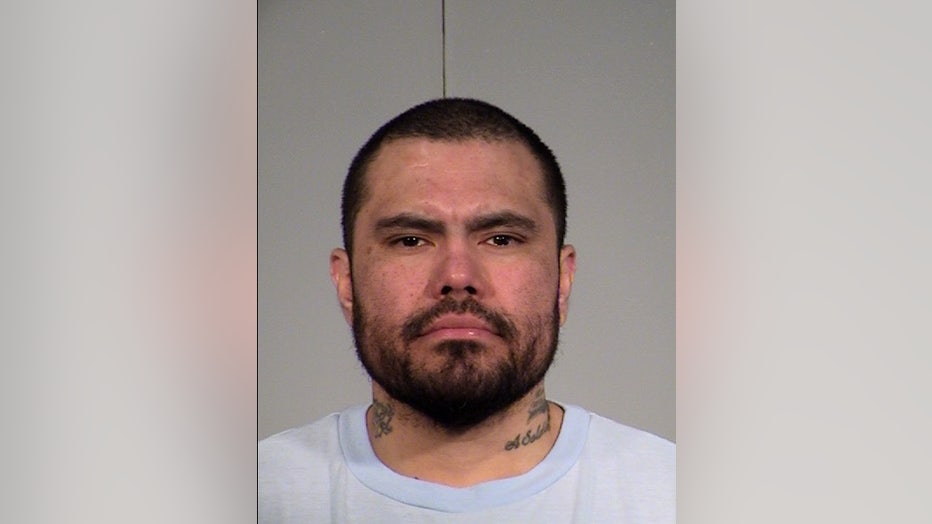 You guys need to turn around’

"We’re entering Dodge and we see a pickup, a black Toyota, just take a curve extremely fast without stopping. After that you see like 8 other patrol vehicles right behind them with the lights on flashing," he said. "We rolled down the windows and you can hear the police like scream ‘get on the floor’ ‘open the door’ 'cause the guy was still in the vehicle. Patrol officer came up to us and said you guys need to turn around, so we turned around. You just hear gunshots go off. 8, 9 gunshots just start going off, like fireworks, just one after the other."

Malone has spent about 15 years in the Arizona prison system, according to records.

A neighbor who lives across the street from where police say the victims were killed people were killed called 911. She says she saw family members come over Sunday afternoon for a welfare check on the couple after not hearing from them.

She says the family members first discovered the bodies.

"I saw an older gentleman out there with his phone and there was an older lady with him and he told her not to go inside because she didn’t want to see what was inside. Then she just started crying," Rosie Parra said. "The only reason why I called 911 was because I saw that, and the baby was naked, didn’t have any clothes on."

She saw detectives at the home from Sunday afternoon through Monday morning investigating.

Parra says no one in the neighborhood heard the couple get killed, so she believes the kids might have been in there with their parents' bodies for a while.

"Knowing what went on in there, it’s awful," Parra said.