Phoenix hiker who died after falling 40 feet ‘will be missed dearly,’ loved ones say

Phoenix man Joel Brotherton, 33, died after falling nearly 40 feet at the Hole in the Rock trail on Saturday, Feb. 6. "We all loved him. I know he was loved and will be missed dearly,"&nbsp;his friend said.

PHOENIX - Authorities say a man who was hiking in Papago Park and fell nearly 40 feet off of the Hole in the Rock trail on Feb. 6 has died. His loved ones say he was full of life, loved music and that he'll be sorely missed.

On Feb. 8, the family identified the hiker as Phoenix native 33-year-old Joel Brotherton.

Brotherton was on the Hole in the Rock trail, which is a heavily hiked trail because of the view of the Valley at the top. He fell 30 to 40 feet, according to fire crews. Witnesses said he had been descending from the trail faster than the other hikers around him.

"While gravity can help you get down that trail faster, you're on the right footing, make sure you're in control of your pace," fire officials said.

Brotherton was taken to the hospital in extremely critical condition, and Phoenix Fire officials said Sunday morning that he passed away from his injuries.

"Joel was born and raised in Phoenix. He attended Lookout Mountain Elementary School, Mountain Sky Junior High School and Thunderbird High School. He played guitar, sang, loved the outdoors and had a large family who loved him very much. He was intelligent, passionate and creative. And very funny," said his mother, Karen Rose. 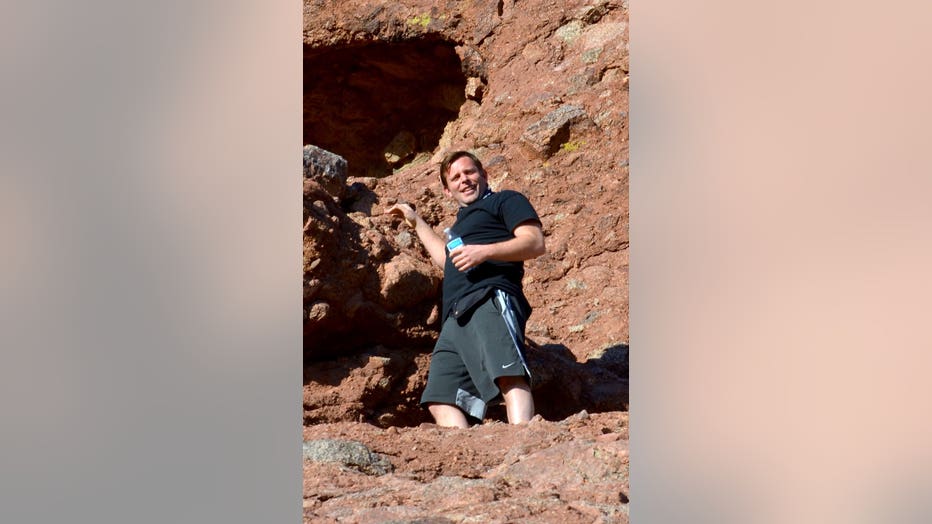 His best friend, Rish Saini, was on his last hike with him and spoke to FOX 10 on Feb. 9, saying, "Just had this outburst of expression that most people don't have. So there was no one like Joel."

The two grew up together and despite years of not seeing each other as adults, they finally reconnected.

Brotherton just turned 33 years old in January. He, Saini and another good friend planned a hike at Papago Park.

"Last I saw of Joel, he was on top of the rock and he was enjoying himself even looked back at one point, posed for a couple pictures and he was helping two other hikers on how to get up the top of the mountain," Saini explained. 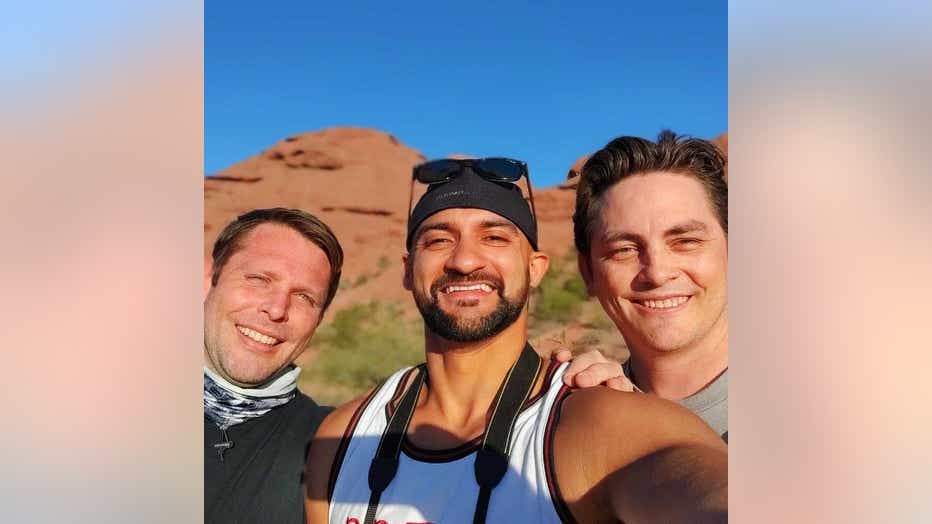 But in a matter of moments, Brotherton fell dozens of feet. Saini rushed to his friend as others tried to help him as well. "Just shouting out Joel's name, letting him know that we were there that we were with him and help's on the way," Saini said.

Brotherton leaves behind his parents, his siblings and a love for music.

"He poured his heart and his soul into his music. So that's something that I know he would have wanted to be remembered for," Saini said.

He's thankful for the time they spent, not missing a beat after so much time apart. Saini wants his family to know Brotherton was full of joy that day. "We all loved him. I know he was loved and will be missed dearly," Saini said.

Brotherton's friends want to make sure somehow his album will be released as a tribute to his life.

A man has died after falling nearly 40 feet at the Hole in the Rock trail on Saturday, Feb. 6.