It happened Sept. 25 neat I-17 and Van Buren Street. The suspect was reportedly driving a red Chevrolet Silverado.

PHOENIX - A Valley family is pleading for the public's help to come forward with any information that could lead to the arrest of the suspect who put their loved one in a hospital bed following a Sept. 25 hit-and-run.

At around 6:45 p.m. Friday, the victim was stopped on the side of northbound I-17 near Van Buren Street in Phoenix as he was changing a tire on his vehicle, the Department of Public Safety says.

The driver of a red Chevrolet Silverado drifted out of the lane, struck the victim, seriously injuring him and continued driving.

The truck is a model year between 2005–2009. The truck may have damage to the front passenger side, DPS says.

Family pleading for help to find the suspect

Loved ones say the victim is Zach Roman, a 21-year-old father to a toddler, a husband and an active member of the military.

"Being 21 years old, father, husband, military, he shouldn't be laying in a hospital laying in a bed right now in the condition he's in, but yet, that's where we're at," said his sister, Sabrina Roman.

His wife describes the night the crash happened.

"My husband was putting the donut on and lowering the jack when a driver completely ignored the hazard triangles and struck my husband," Magaly Cruz said. 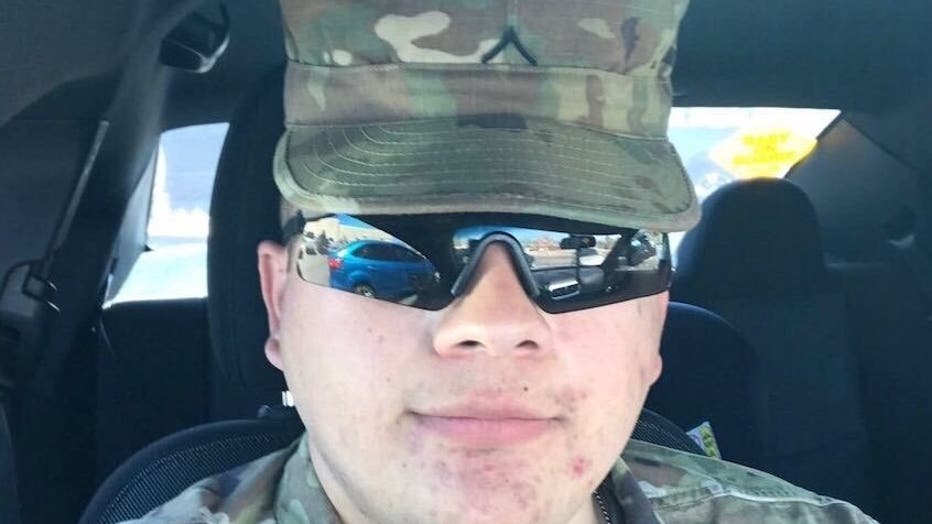 She has a message for the suspect in the crash, saying, "I understand that the driver might be scared of the repercussions, but at the same time, the driver should have thought of that when they decided to do whatever they were doing that caused them to hit my brother."

To donate to the family in their time of need, visit their GoFundMe.