Officials say what started as a stabbing at a Chandler home turned into pursuit involving multiple DPS vehicles on an East Valley freeway over the weekend.

CHANDLER, Ariz. - Court documents show a Phoenix man is accused of committing multiple criminal offenses in connection with an incident that began at a Chandler home over the weekend, and later turned into a police chase.

According to investigators, the incident began at around 10:24 a.m. at a home in an area near Ray Road and McClintock Drive. The suspect, identified as James Quanah Ball, was at his parents' home when he stabbed his sister-in-law in the back five times, as well as punching her several times.

Officials say the victim was cooking in the kitchen when the incident happened, and said "Good Morning" to the suspect prior to the stabbing. Ball's father later came into the home and saw the victim lying on the floor and Ball walking towards the front door. The father told Ball to stop and later caught up to him, but Ball punched his father in the face.

Court documents state Ball left the home in a car, and was involved in a total of six hit-and-run incidents, four of which happened in Chandler. In one of the incidents, Ball hit one car, back up, and hit the car again before leaving.

Investigators say DPS troopers tried to conduct a traffic stop on Ball, but he did not yield. Ball later drove in the wrong direction on a highway while trying to flee from law enforcement. About 12 DPS vehicles were involved in the pursuit, and it took two PIT maneuvers to get Ball to stop. Ball was arrested at around 11:47 a.m. on the US-60 and Val Vista.

Ball, according to court documents, was committed for psychological evaluation a few weeks before the incident, after his family started a petition. Ball, however, was released to his family within a day. After he was taken into custody, Ball was taken to the hospital for treatment. He was taken to 4th Avenue Jail following his release from hospital. 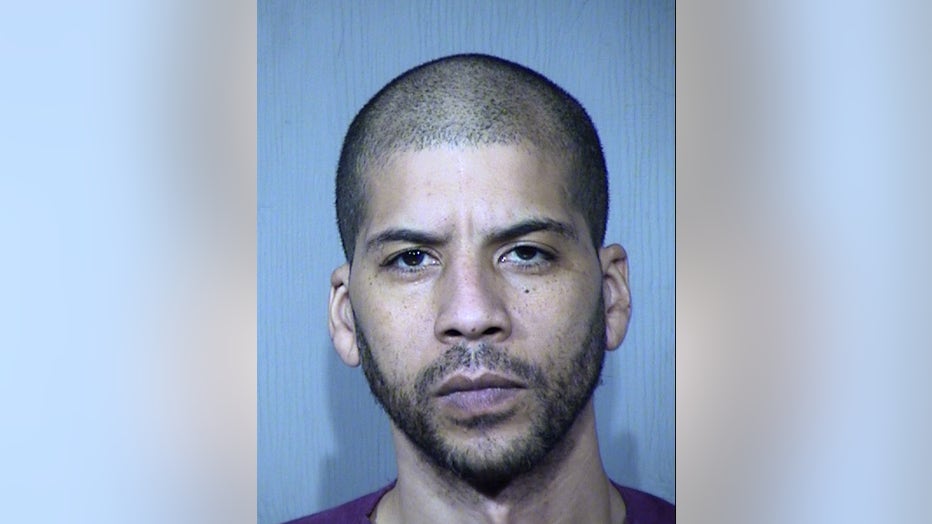