Loved ones plead for justice after teen killed in Maryvale

PHOENIX - The family of a 17-year-old boy who was shot and killed at a Maryvale park on May 9 is demanding justice.

According to a statement released by Sgt. Ann Justus, officers were called to an area near Thomas Road and 67th Avenue at around 8:32 p.m. for reports of a shooting.

"Upon arrival, the officers located a male with a gunshot wound. The Phoenix Fire Department responded and pronounced the male deceased on scene," read a portion of the statement.

Erin's family says he left home with a friend before being killed, but police are still searching for the suspected shooter.

The victim's mother says that Mother's Day 2021 will be the worst one she's ever had. 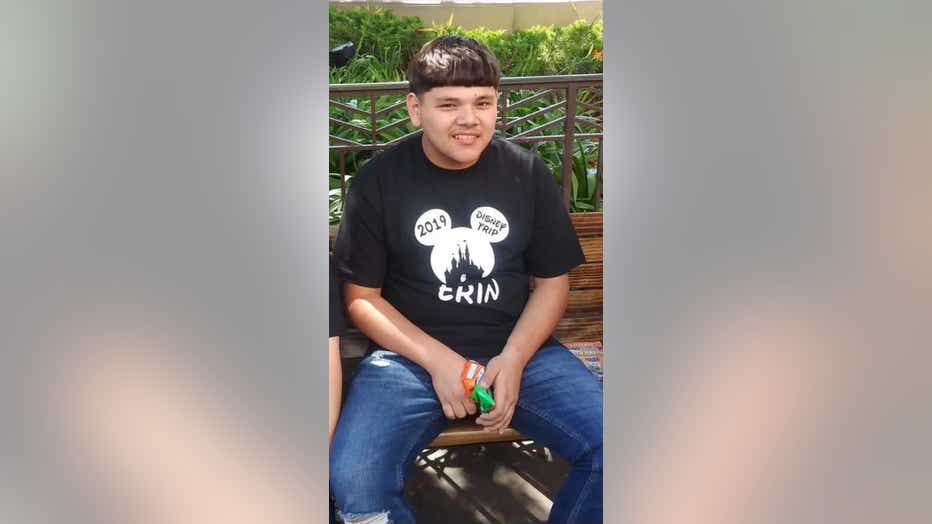 Loved ones gathered near the spot where Felix was shot and killed.

Balloons with messages alongside candles and flowers were placed for the community to see at Desert West Park.

"We are still looking for answers, and we know that there are answers out there," said Veronica Cabral, who has known Erin since he was born.

Cabral said she was heartbroken for his parents.

Cabral says Erin was just a normal teenager with a big heart.

Phoenix PD's Maryvale Estrella Mountain Precinct is less than two miles from Desert West Park. Erin's family wants more proactive patrols in the area and most of all, they want information from possible witnesses.

The shooting happened at the Hyatt Regency Hotel in Downtown Phoenix. Police were called to the hotel just after 12:30 a.m. on May 9. Seven others were injured as a result of the shooting.