PHOENIX - Phoenix Police officials announced Wednesday afternoon the arrest of two teens in connection with the murder of two men in Downtown Phoenix in 2018.

In a statement, police identified the suspects as Castulo Cervantes, who was 14 at the time of the murders, and Antonio Palafox-Zermeno, who was 15 at the time. Both have been booked into the Maricopa County Jail and will be charged as adults.

"When you look at the gravity of the crime: two homicides, two aggravated robberies, two attempted armed robberies, and you look at the proximity of the age of the child to being an adult, again, you're dealing with individuals who were 15, 14 and they were committing adult crimes when this happened," said Sgt. Tommy Thompson with Phoenix Police.

The incident happened on October 5, when 24-year-old Zachary Walter and 41-year-old David Bessent were shot during an armed robbery along the 300 block of W. Roosevelt. The two were walking home from work when they were killed, and both were workers of Jobot Coffee.

Both Palafox-Zermeno and Cervantes, now 15 and 16, respectively, made their first appearance in court on Wednesday, and the families of Bessent and Walter have been notified of the arrests. Both Cervantes and Palafox-Zermeno were charged with two counts each of 1st-degree murder, armed robbery, and aggravated robbery. A $1 million cash-only bond has been set for Cervantes, while a $1 million bond was set for Palafox-Zermeno.

"To find out that it was kids that did this, young teenagers, it's pretty sad.," said Tina Eaves, who has been running an alterations and creations shop for nearly 20 years. "We're a pretty new and upcoming neighborhood that everybody wants to visit, so that's not a good thing to happen." 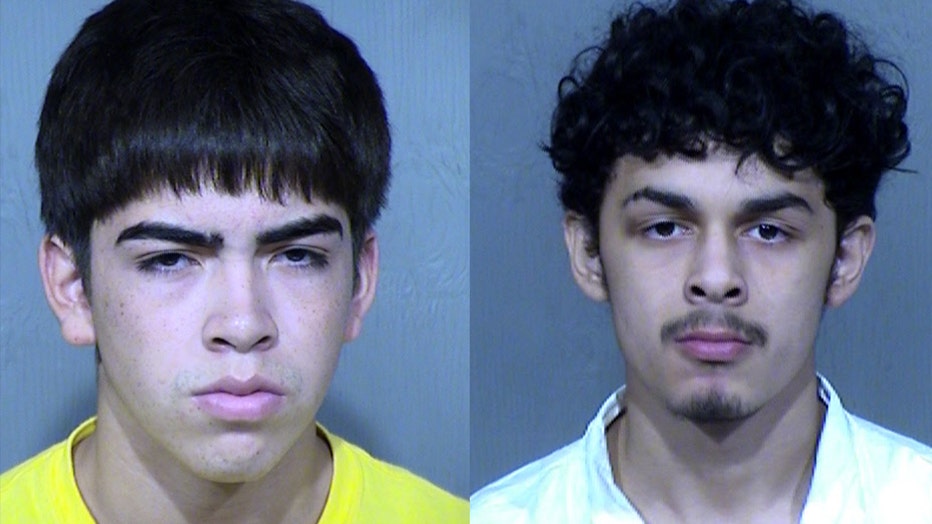