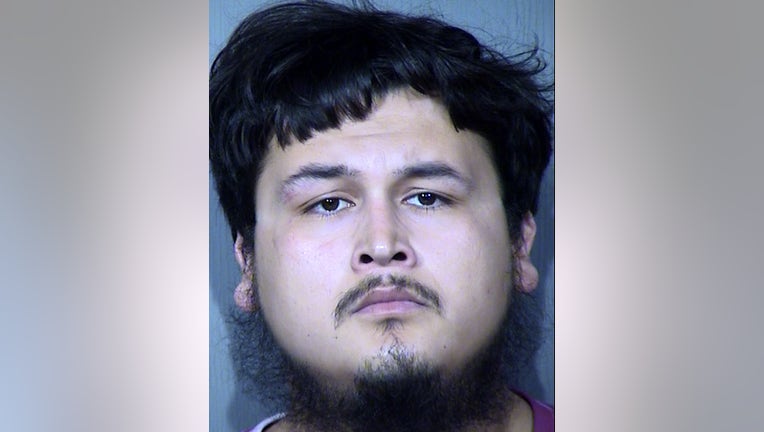 On Friday, March 6, 22-year-old Adan Flores was arrested after he brought his one-month-old daughter to Phoenix Children's Hospital due to her bleeding from the mouth.

Court documents show Flores initially said that another family member and himself accidentally sat on his daughter causing the injuries.

Police say the doctors found "multiple new and healing fractured ribs, a lacerated liver, fractured legs, redness and bleeding on the inside of the roof of her mouth, and hemorrhaging on the eyes."

In an interview with police, Flores admitted to placing his daughter on her knees on the bed and bending her backwards in an attempt to stop her from crying, while her mother was in the shower. He squeezed her torso and heard a sound.

Police say Flores told them he "aggressively inserted a thermometer into her mouth," possibly causing her to bleed. Additionally, he explained that he twisted her legs while doing leg exercises, where he also heard a noise.

He reportedly expressed regret and he felt guilty for his actions. Court documents reveal he was hesitant in taking the infant to the doctor because he feared the Department of Child Safety would be notified.