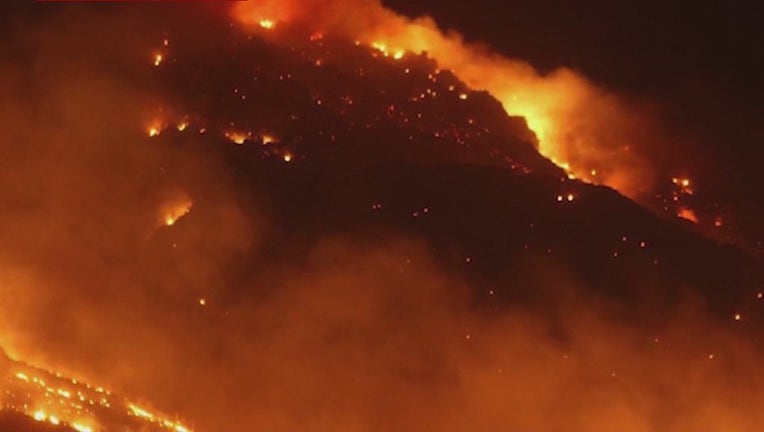 WILLCOX, Ariz. - The Pinnacle Fire in the Santa Teresa Mountains in Graham County has burned 34,417 acres and is 60% contained.

Timeline of the Pinnacle Fire

246 personnel are assigned to fight the fire that is currently 60% contained. 34,417 acres have burned.

There are no remaining evacuations in effect.

"The existing FAA designated Temporary Flight Restriction for the fire area remains in place. The Coronado National Forest, Bureau of Indian Affairs, and Arizona State Lands have general closure orders for their lands in effect. However, the Bureau of Land Management has rescinded its Pinnacle Fire area closure order and is making permits available for Aravaipa Canyon, effective June 28th," stated officials.

The fire has burned 34,395 acres and 42% of the fire is contained, according to InciWeb.

The Graham County Sheriff's Office has rescinded the Pinnacle Fire evacuation order for the Black Rock area effective June 24th at 6 p.m.  Back on June 19, people living in the Aravaipa and Klondyke communities, along with residences in the Black Rock Road area, have been told to leave the area as the fire continues to burn in the Santa Teresa Mountains.

The Pinnacle Fire slightly grew to 34,395 acres. It remains 42% contained.

Over 400 personnel are assigned to the fire.

"With overcast and slightly cooler temperatures, firefighters patrolled and mopped up fire lines around the perimeter of the fire," officials said. "The other segments of the fire remained quiet through last night with firefighters continuing to patrol and mop up hot spots."

The Pinnacle Fire has grown to 34,192 acres and is now 42% contained. Over 400 personnel are assigned to fight the fire.

Fire activity increased west of Black Rock Ranch and along the western boundary of the Santa Teresa Wilderness.

The eastern and southern areas of the fire stayed inactive.

The fire is moving west, while its eastern perimeter stayed relatively calm.

428 personnel are working to combat the flames.

All Black Rock Road area homes and residences in the Klondyke-Aravaipa communities are being told to evacuate.

Two communities in Graham County have been ordered to evacuate due to the Pinnacle fire, which is burning in the Santa Teresa Mountains.