BOISE, Idaho - Authorities say Chad Daybell, the husband of the mother of two missing children with Arizona ties, has been booked into a county jail in Idaho.

This latest development came after human remains were found at Daybell's home, which was searched by authorities amid an investigation into the disappearance Joshua "JJ" Vallow and Tylee Ryan, who haven’t been seen since 2019. 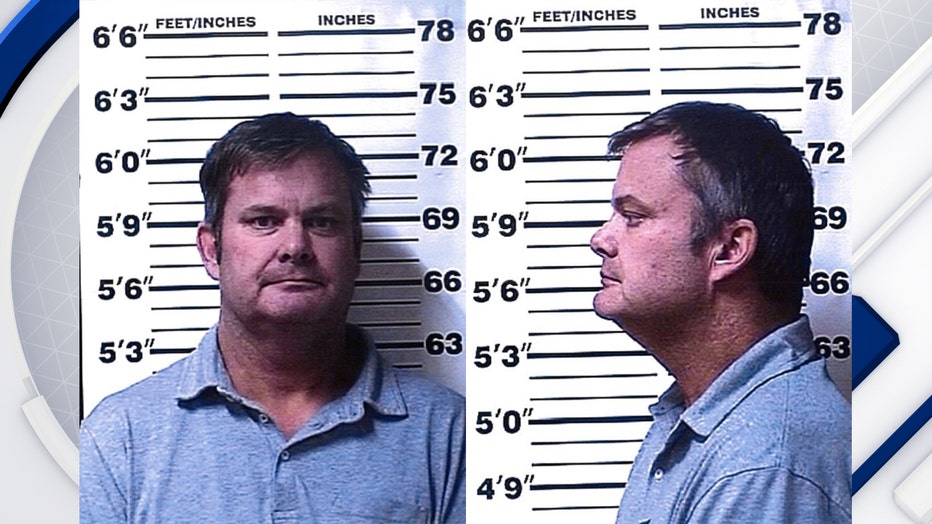 Daybell was taken into custody Tuesday, according to police in the small town of Rexburg. Daybell reportedly drove away from the scene, but police pulled him over and took him into custody.

Daybell, who recently married the children’s mother, Lori Vallow Daybell, has been one of the central figures in the case that has vexed investigators for months and attracted worldwide attention.

Seven-year-old JJ and 17-year-old Tylee haven’t been seen since September, and police say both Chad and Lori Daybell lied to investigators about the children’s whereabouts. Besides the missing children, the couple has been under scrutiny following the deaths of both of their former spouses and drew attention for their doomsday beliefs.

Rexburg police, along with investigators from the FBI and the Fremont County Sheriff’s Office, began searching Chad Daybell’s Salem, Idaho, home Tuesday for the second time. The search warrant is sealed.

"Shortly after the remains were discovered, Chad Daybell was taken into custody and booked into the Fremont County Jail," said Rexburg Assistant Police Chief Gary Hagen.

While Rexburg Police held a news conference Tuesday evening, they remained tight-lipped on the investigation. Autopsies will need to be done on the human remains that were discovered.

Daybell’s attorney, Mark Means, did not immediately respond to a request for comment. Daybell is reportedly set to appear in court on Wednesday.

Lori Daybell is awaiting trial on charges of child abandonment and obstructing the investigation.

The complicated case began last summer when Lori Daybell’s former husband Charles Vallow was shot to death by her brother, Alex Cox, at Vallow’s Phoenix, Arizona, home. At the time, Cox said the shooting was in self-defense. Charles and Lori Vallow had been estranged, and in divorce documents, Charles Vallow claimed Lori believed she had become a god-like figure who was responsible for ushering in the biblical end times. Cox died in December of an apparent blood clot in his lung.

Documents: Lori Vallow claims she was ‘god preparing for second coming of Christ’

FOX 10 has obtained court paperwork regarding a potential divorce for the mother of two missing children with ties to Arizona. FOX 10's Justin Lum reports.

Shortly after Charles Vallow’s death, Lori and her children moved to eastern Idaho. Tylee Ryan was last seen in September headed into Yellowstone National Park with her mom and other family members for a day trip, and JJ was last seen by school officials several days later.

Tammy Daybell, died in her sleep last October of what her obituary said were natural causes. Fremont County authorities grew suspicious when Chad married Lori Daybell just two weeks later, and they had Tammy Daybell’s body exhumed in December. The results of that autopsy have not been released.

Lori Daybell has pleaded not guilty to the charges against her and Chad Daybell has not been charged in connection with the case. Law enforcement officers first searched Chad Daybell’s home on Jan. 3, removing more than 40 items including several pieces of computer equipment.