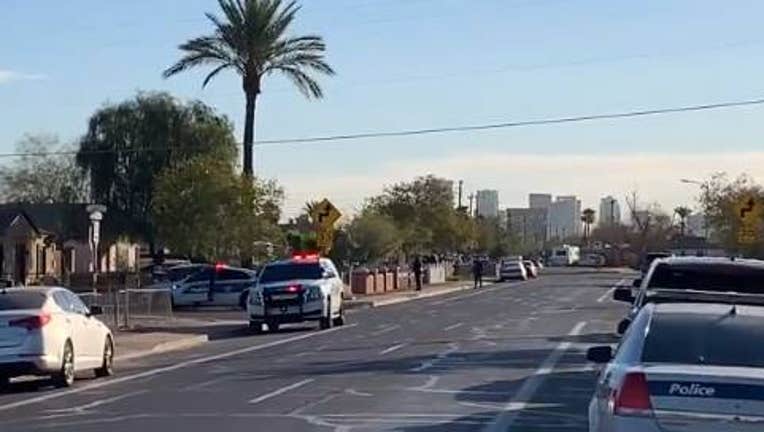 PHOENIX - A police investigation is underway after two men were reportedly seen shooting at each other in Phoenix.

According to Phoenix police, the shooting happened at about 7:45 a.m. near 26th Avenue and Roosevelt. Witnesses reported to police seeing two men shooting at each other.

When officers arrived at the scene, they learned multiple people and vehicles were seen leaving the area prior to police arrival.

Police then searched the area with a K-9 unit.

One man was dropped off at a nearby hospital with a non-life-threatening gunshot wound. Police say he is not cooperating with investigators at this time.

Washington Street is closed from 26th to 27th Avenues due to the investigation.