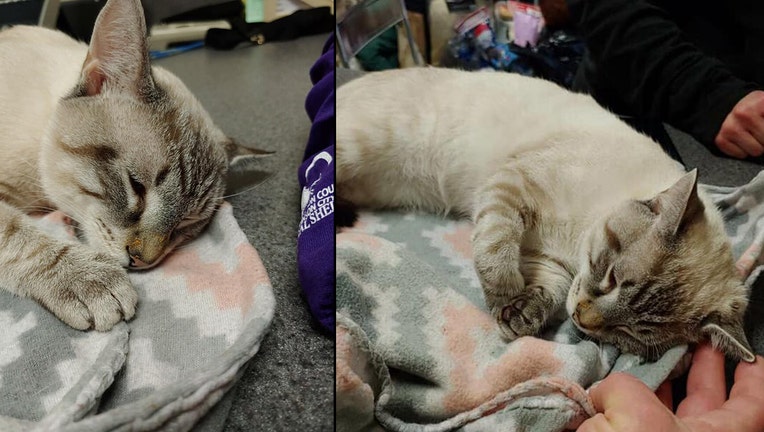 JOHNSON CITY, Tenn. - A Tennessee man is charged with aggravated animal cruelty after police say he attacked a cat for playing with the Christmas tree. The cat later died of its injuries.

According to WCYB, Aaron Duke Rover, 24, brought the injured cat to a Washington County - Johnson City Animal Shelter Nov. 30. Rover reportedly told the shelter that he found the cat, but a friend of Rover's fiance showed authorities a video allegedly showing Rover abusing the animal, according to the report.

The cat later died of its injuries.

"It is with a very heavy heart and tears in my eyes that I have to say this angel from Heaven crossed the Rainbow Bridge," the shelter wrote in an update on Facebook. "We can not give details at this time surrounding his death due to the fact there is an ongoing investigation as to exactly what happened."

While speaking with an animal control officer, WCYB reports that Rover admitted to striking the cat because it was 'messing' with the Christmas tree.

The shelter told FOX 35 News: "To say that we are upset about what happened to this sweet cat is an under statement. We are going to do everything possible to make sure he is convicted."

Rover's next court appearance is scheduled for Feb. 4.