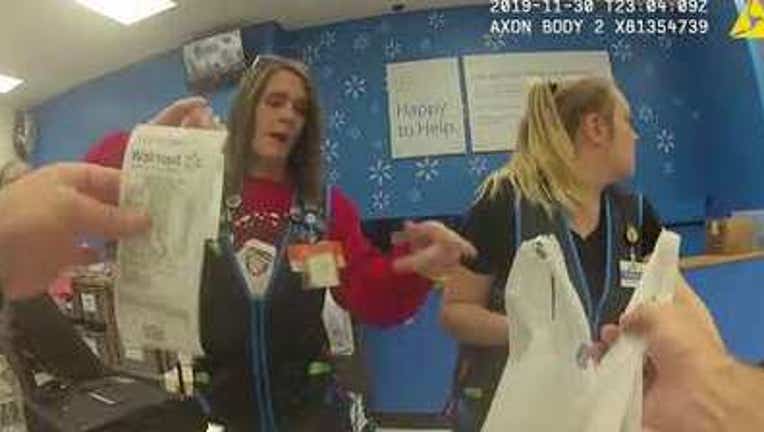 FORT SMITH, Ark. - An Arkansas police officer tried to make good out of an unfortunate situation when he purchased groceries for a family that had allegedly attempted to shoplift from a local Walmart.

Body cam footage showed Field Training Officer Kenneth Martin of the Fort Smith Police Department purchasing a handful of groceries for a couple, after a male suspect was apprehended for shoplifting.

“They’re stealing food for the kids. I mean, I have to take him to jail but I don’t have to make the kids think I’m a [censored],” said Martin to Walmart employees in the body cam footage.

Martin explained to the employees that he was at the Walmart buying sports equipment for Toys for Tots when he got the call of someone attempting to shoplift at the same location.

The video shows Martin bringing the items he paid for over to the mother and her children telling them, “If y’all need help, ask for help, OK? Don’t do this, not with these babies.”

While the mother was allowed to leave with her kids, a man can be seen handcuffed and forced to stay behind with police.

According to WKRC, Martin was named employee of the month of the act.