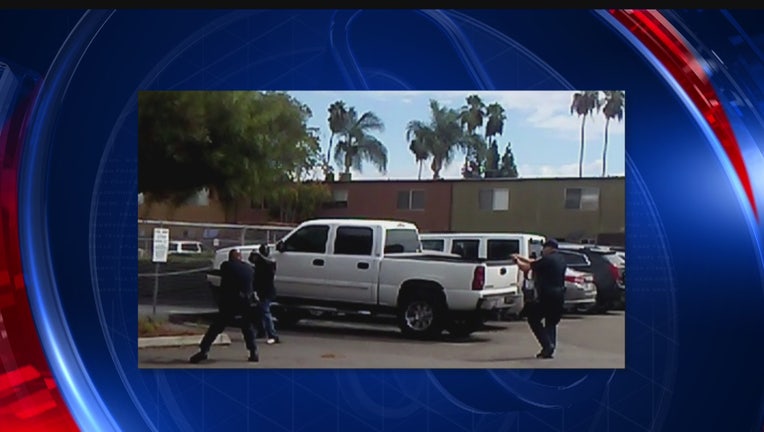 EL CAJON, Calif. (AP) -- Police say it was a 4-inch-long electronic smoking device that a black man pointed at a Southern California police officer who shot and killed him.

El Cajon police said Wednesday night that they recovered the vaping device consisting of a cylinder and a box that 38-year-old Alfred Olango was holding when he was shot on Tuesday.

Police Chief Jeff Davis says Olango pulled the device from his pocket, held it with both hands and took a "shooting stance" toward one of the two officers who were there.

Police released a still image of a video of the shooting that showed Olango in the stance.

One of the officers attempted to shock him with a stun gun, and the other shot and killed him.

Police had only previously revealed that Olango pointed something that was not a weapon at the officers.