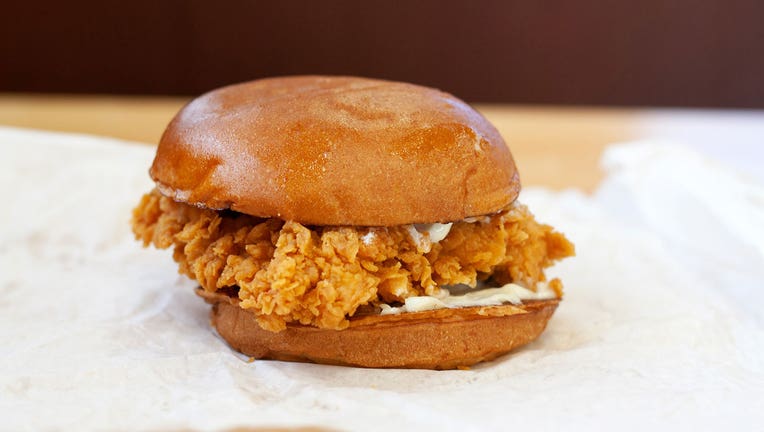 FAIRFAX, Va. - A Popeyes employee was caught on camera using a trash can as a prep station to put together the (in)famous Chicken Sandwich in Fairfax, Va., on Friday.

As seen in photos shared on Twitter, the Popeyes employee was seen slathering the mayo-based sauce on the item's toasted buns, and then laying them on a tray that was resting over a garbage can. It also appears that the other prep spaces in the background were full.

In a statement to Fox News, Popeyes said it was investigating the incident.

“We are aware of the incident and the actions that took place clearly do not meet our standards for food service and preparation. We have already addressed the situation with the restaurant owner who is looking into the matter.”

According to TMZ, the location’s owner claims the restaurant was overwhelmed by high-demand for sandwiches on that particular day — including an order for 100 of the coveted fast-food items — and an employee used the trash can as a makeshift workspace. The man also told TMZ the garbage bin was empty at the time.

The outlet reports the restaurant ordered another table to help with the space issue.

This is just the latest in a string of headlines concerning the Popeyes Chicken Sandwich, others of which involve a customer reportedly finding a rolled joint in his sandwich, as well as a woman getting body-slammed outside a Tennessee location by an employee.