LONDON - Britain's Prince Charles has tested positive for COVID-19 and is self-isolating, his office said Thursday.

A message on his official Twitter page said Charles tested positive on Thursday morning and was "deeply disappointed" not to be able to attend a scheduled visit in Winchester, England.

Charles, 73, met dozens of people during a large reception at London's British Museum on Wednesday evening. He was accompanied by his wife Camilla, and was in close contact with Britain’s Treasury chief Rishi Sunak, among others.

Charles' office, Clarence House, confirmed that he is triple vaccinated.

It was not immediately clear what his condition was or whether Charles had recently met with his mother, Queen Elizabeth II. 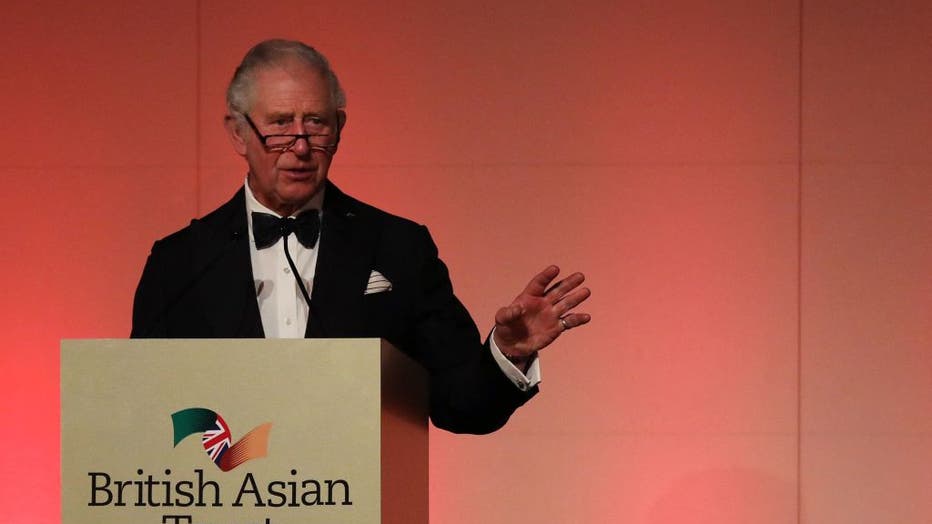 Britain's Prince Charles, Prince of Wales delivers a speech on stage during a reception to celebrate the British Asian Trust at The British Museum on Feb. 9, 2022, in London. (Photo by TRISTAN FEWINGS/POOL/AFP via Getty Images)

The queen, 95, marked her Platinum Jubilee on Sunday by expressing her wish for Camilla to be known as Queen Consort when Charles becomes king.

Camilla carried on with her engagements as scheduled on Thursday, visiting a sexual assault referral center in London.

Charles previously contracted the coronavirus in March 2020, during the first wave of the pandemic. Officials said he had mild COVID-19 symptoms then. Charles and Camilla isolated at Queen Elizabeth II's Balmoral estate in Scotland at the time.