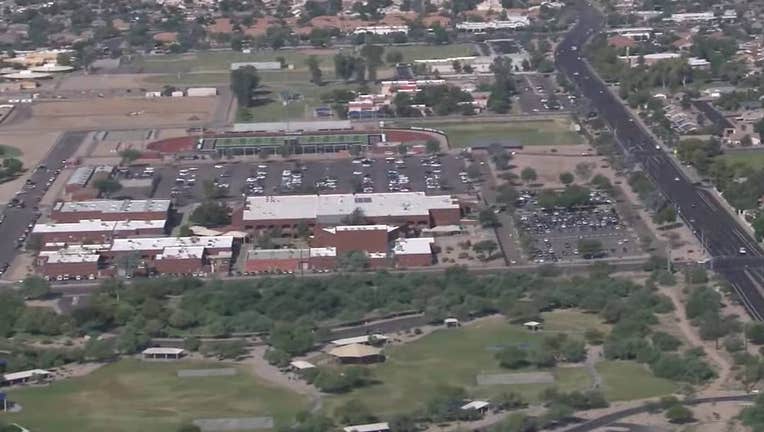 MESA, Ariz. - School is expected to resume as normal after a 911 caller reported a bomb threat at Red Mountain High School in Mesa, one day after another high school was evacuated for the same reason.

An anonymous person called in at 7:30 Thursday morning and said they saw a suspicious device in the main building. At the time, the school was not open and no students were on campus, police said.

After police and security swept the area, no device was found and authorities said there was no threat.

Mesa Police say the call will be investigated.

This comes one day after thousands of Mesa High students were evacuated due to reports of a ‘suspicious device’ on campus.

No devices were found at the school, and police said they had two leads in that case.