MESA, Ariz. - Mesa High School students returned to campus on Thursday morning a day after the school was evacuated due to a possible "suspicious device" that was reported in a 911 call, officials say.

An estimated 3,000 students were taken to Mountain View High School as a result of the incident on Sept. 15.

"Very scary moment, if they are OK or if anyone got hurt or anything," said one parent, identified only as "Mida."

"Crazy. Nothing like this has ever happened before. A lot of cop cars, a lot of fire trucks," said senior Vinny Housekeeper.

"I drove past the parking lot, and I saw all of the students in the bleachers, and I was like, ‘what is going on? Is there an assembly or something?’ I had no idea what was going on, and I tried to pull into the parking lot, and an officer came. I rolled down my window, and he said there was a threat, you should go home," said senior Griffin Gardner.

Multiple cases of heat-related illnesses were reported due to students standing out in the heat, but they reportedly received immediate medical attention.

"As you can tell, it is very hot out here. I believe it was anywhere from three to six students that were suffering some heat-related illness. They got medical attention very quickly, and are now OK," said Mesa Police Detective Richard Encinas.

Police evacuated a high school in Mesa on Sept. 15 due to a 'suspicious device.' FOX 10's Danielle Miller reports.

Police spent the entire day sweeping the school, in an effort to locate the device. However, nothing was found. The scene has since been cleared. Students have told FOX 10 that members of the SWAT Team removed a student from Mountain View, but police have yet to confirm that and said no one is in custody at this time.

Investigators say they are working on two leads at this time. 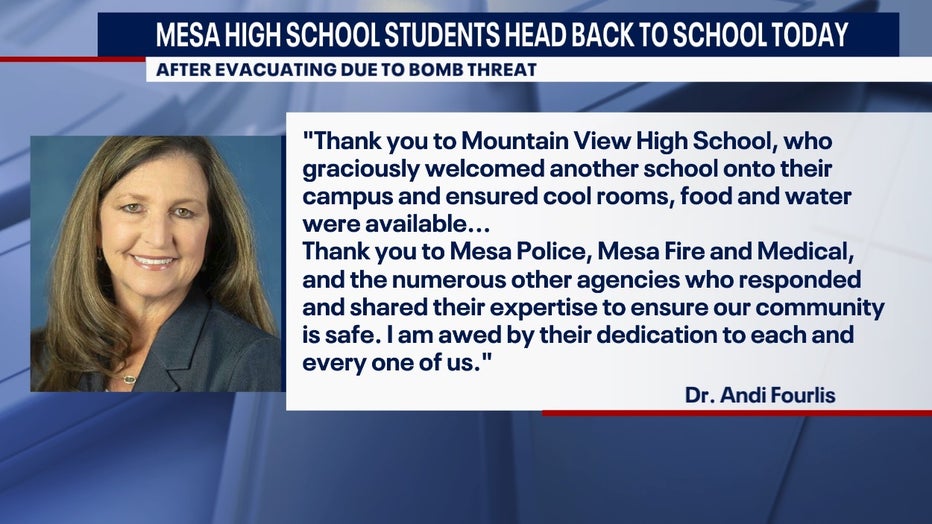 Mesa High School evacuated due to reports of suspicious device

Mesa High School was on lockdown Wednesday morning due to reports of a suspicious device, police said. The school was evacuated and students were transported to Westwood High School. 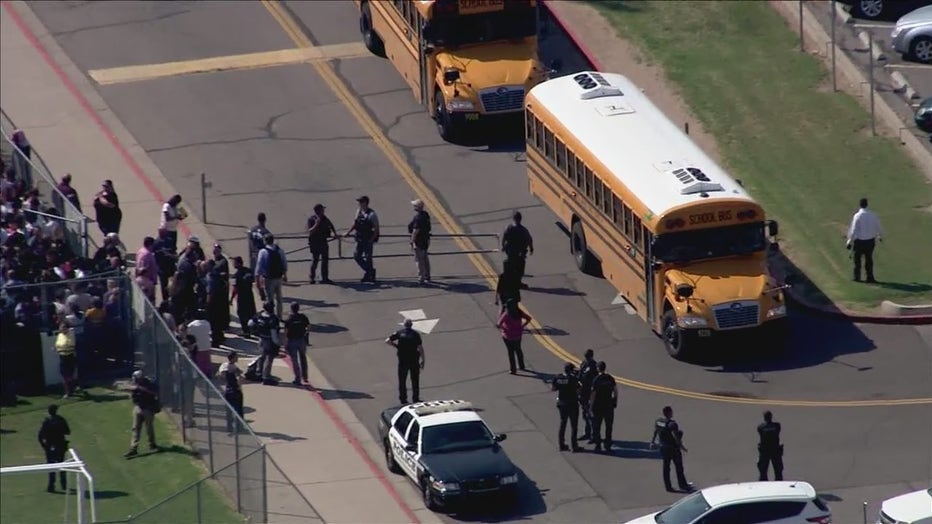 Mesa High Schools was evacuated on Sept. 15 due to a possible suspicious device, police said.