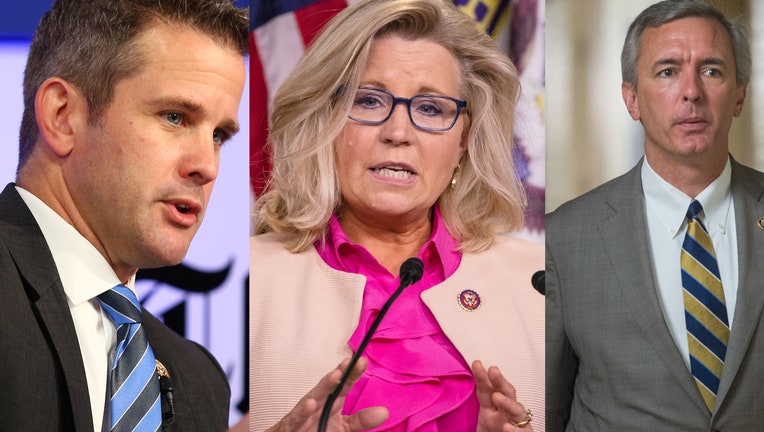 WASHINGTON - Amid an apparent rift in the Republican Party in the wake of a pro-Trump riot inside the U.S. Capitol, at least eight GOP lawmakers have said they’re voting for the second impeachment of President Donald Trump on Wednesday.

"To allow the President of the United States to incite this attack without consequence is a direct threat to the future of democracy, " Katko said in a statement Tuesday. "For that reason, I cannot sit by without taking action. I will vote to impeach this President."

Cheney, the No. 3 Republican in the House, said in a statement Tuesday that Trump "summoned" the mob that attacked the Capitol last week, "assembled the mob, and lit the flame of this attack." She said, "Everything that followed was his doing."

She also noted that Trump could have immediately intervened to stop his supporters, but he did not.

Cheney, daughter of former Republican Vice President Dick Cheney, said, "There has never been a greater betrayal by a President of the United States of his office and his oath to the Constitution."

Kinzinger tweeted that he, too, will vote for Trump’s impeachment, laying the blame for the pro-Trump Capitol riot on the president.

"The Congress must hold President Trump to account and send a clear message that our country cannot and will not tolerate any effort by any President to impede the peaceful transfer of power from one President to the next. Thus, I will vote to impeach," he wrote.

Congresswoman Herrera Beutler released a statement Tuesday saying she will be voting "yes" on impeachment.

"The President of the United States incited a riot aiming to halt the peaceful transfer of power from one administration to the next. That riot led to five deaths. People everywhere watched in disbelief as the center of American democracy was assaulted. The violent mob bludgeoned to death a Capitol police officer as they defaced symbols of our freedom. These terrorists roamed the Capitol, hunting the Vice President and the Speaker of the House," her statement begins.

"I believe President Trump acted against his oath of office, so I will vote to impeach him," she wrote.

"The mob was inflamed by the language and misinformation of the President of the United States," he wrote. "A vote against this impeachment is a vote to validate the unacceptable violence we witnessed in our nation’s capital."

Meijer wrote on Twitter Wednesday afternoon, just minutes before the House ended their debate, that he is also voting to impeach.

Gonzalez shared his thoughts on Facebook Wednesday afternoon as the vote began to take place, saying he is "compelled to support" impeachment.

RELATED: Trump takes no responsibility for Capitol riot, says 25th Amendment is ‘zero risk’ to him

House lawmakers will debate and vote on an impeachment resolution Wednesday.

Trump faces a single charge — "incitement of insurrection" — in the impeachment resolution after the most serious and deadly domestic incursion at the Capitol in the nation’s history.

Before the violent riot at the U.S. Capitol, Trump held a rally near the White House, during which he encouraged thousands of his supporters to "fight like hell" and march to the Capitol, where lawmakers were in the process of certifying President-elect Joe Biden’s Electoral College votes after he won the 2020 election. Trump maintained that he won the election over Biden, falsely claiming voter fraud and irregularities. None of his lawsuits have prevailed in court.

The pro-Trump mob overpowered police, broke through security lines and windows and rampaged through the Capitol, forcing lawmakers to scatter and take shelter.

Five people were killed, including U.S. Capitol Police Officer Brian Sicknick. Another woman was shot to death and three others died after succumbing to medical emergencies. A second Capitol Police officer, Officer Howard Libengood, reportedly died from an apparent suicide but it’s not clear if his death was related to the riot.

Prosecutors have brought dozens of cases after the deadly attack at the U.S. Capitol, and they vowed more charges as investigators work to identify members of the pro-Trump mob.

The top federal prosecutor for the District of Columbia said Tuesday that 70 people have been charged so far. About 20 federal cases have been made public, and 40 others have been filed in D.C. Superior Court.

The people charged in Superior Court are mainly accused of things like curfew violations and gun crimes. Those being tried in federal court, where prosecutors can generally secure longer sentences, are charged with offenses such as violent entry and disorderly conduct on Capitol grounds, assaulting a federal law enforcement officer and threatening House Speaker Nancy Pelosi.

"It cannot be ignored that President Trump encouraged this insurrection," Katko added in his statement. "When this manifested in violent acts on January 6th, he refused to promptly and forcefully call it off, putting countless lives in danger."

Trump denied he incited the riot Tuesday as the House moved closer to impeaching him.

He targeted lawmakers who are pushing for his ouster, saying that it's "a really terrible thing that they’re doing."

However, more GOP lawmakers could also join the list of those siding with Democrats to oust Trump.

In the Senate, Republican Pat Toomey of Pennsylvania joined GOP Sen. Lisa Murkowski of Alaska over the weekend in calling for Trump to "go away as soon as possible."

However, some have stated impeachment wouldn’t be the best course of action.

Among Trump's closest allies in Congress, McCarthy was among those echoing the president, saying "impeachment at this time would have the opposite effect of bringing our country together."

House lawmakers will first try to convince the vice president and Cabinet to act even more quickly to remove Trump from office, warning he is a threat to democracy in the remaining days of his presidency.

The Associated Press contributed to this report. The story was filed from Los Angeles.