Ryan Kelley, a Republican candidate for Michigan governor, appeared alongside Mike Detmer, also a Republican who is running for the state senate, encouraged poll workers to unplug machines if they see something they don't like and come armed.

LIVINGSTON COUNTY, Mich. (FOX 2) - A Michigan gubernatorial candidate and senate candidate are facing criticism for telling potential poll workers to unplug machines and urging them to show up armed.

Ryan Kelley, a Republican candidate for governor, appeared alongside Mike Detmer, also a Republican who is running for the state senate in Livingston County over the weekend. The candidates were meeting with prospective poll workers. 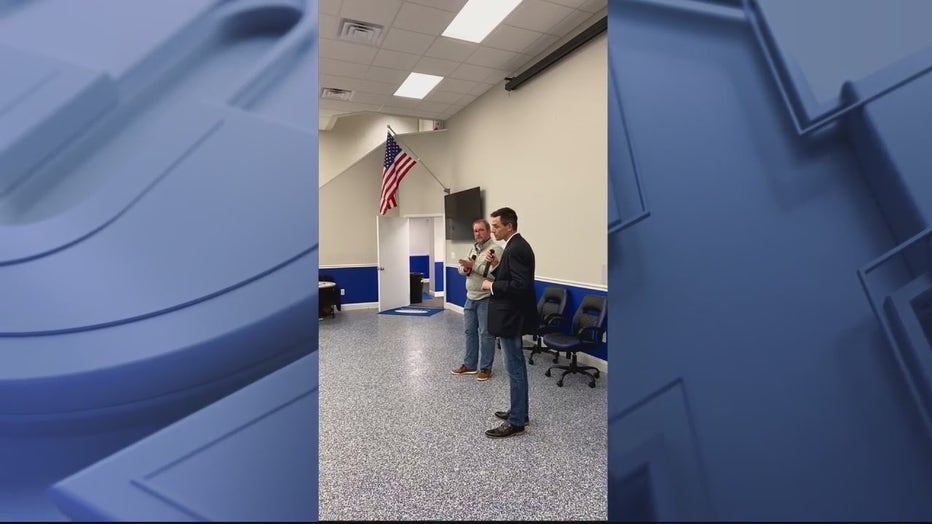 Detmer told the crowd to be prepared to "lock and load" when they go to vote.

"The ideal thing is to do this peaceful, that's ideal, but the American people at some point in time, if we can't change the tide, need to be prepared to lock and load," he said. "So, if you ask what we can do, show up armed."

Michigan Attorney General Dana Nessel and Secretary of State Jocelyn Benson both responded to the comments, saying that voter intimidation and tampering with machines is illegal.

"The attorney general and I will be focused on making sure that every voter, every election worker, and our elections in general are protected," Benson said.

She said she worries misinformation, such as allegations of voter fraud that were peddled by President Donald Trump after the 2020 presidential election, has a far-reaching impact.

"It's concerning, it's dangerous, it's disappointing, but we must be vigilant" Benson said.

She also called on other leaders to reject calls for voter interference and violence.

"Anyone who violates election law will be prosecuted to the fullest extent under law. That said, in addition to that, as partisan officials seek to advance their agenda with lies that threaten to undermine our election system, we need all leaders including leaders from both parties, elected leaders to condemn these remarks. There is no place for this hateful rhetoric or for these threats in our democracy, especially in a moment like this," she said.

The Michigan GOP did not respond to a request for comment.