Liz Cheney is no longer the Chair of the House Republican Conference, nor is she the third highest-ranking House Republican after falling out of favor with her Republican colleagues with her public criticism of former President Donald Trump.

WASHINGTON - The Republican National Committee (RNC) took a rare step on Friday to censure two GOP lawmakers in the House of Representatives for their participation in a Democratic dominated House select committee investigating the Jan. 6, 2021 attack on the U.S. Capitol.

In an overwhelming voice vote by committee members gathered for the general session of their winter meeting in Salt Lake City, Utah, the RNC rebuked Reps. Liz Cheney of Wyoming and Adam Kinzinger of Illinois. The resolution also states the RNC will "no longer support them as members of the Republican Party.

The two vocal GOP critics of former President Donald Trump were the highest profile of the 10 House Republicans to vote last year to impeach the then-President for inciting the deadly storming of the Capitol by right wing extremists in an attempt to disrupt Congressional certification of now President Biden’s 2020 election victory. Cheney and Kinzinger are the only two Republican members on the panel investigating the attack on the Capitol. 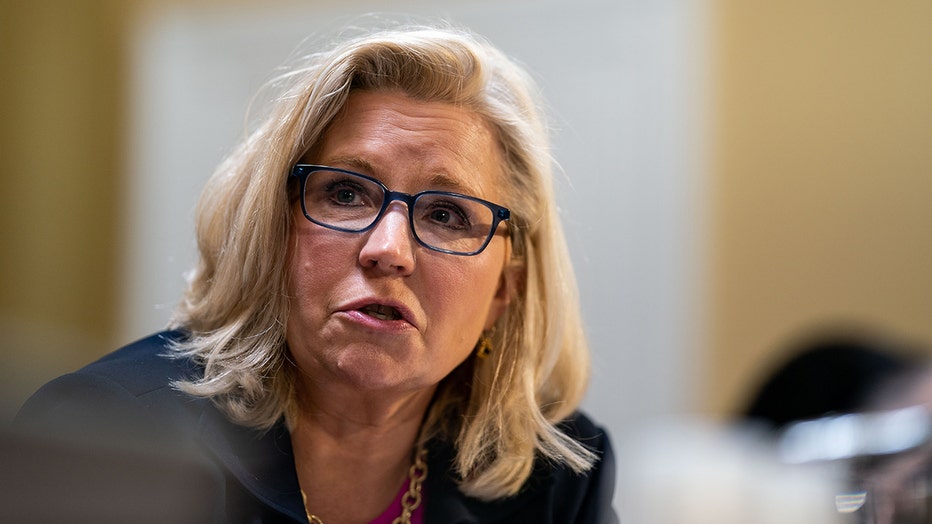 The RNC, in its resolution, argued that Cheney and Kinzinger are "participating in a Democratic led persecution of ordinary citizens engaged in legitimate political discourse."

To drive home their argument, RNC chair Ronna McDaniel reiterated in a statement that "Liz Cheney and Adam Kinzinger crossed a line. They chose to join [House Speaker] Nancy Pelosi in a Democrat-led persecution of ordinary citizens who engaged in legitimate political discourse that had nothing to do with violence at the Capitol. That's why Republican National Committee members and myself overwhelmingly support this resolution."

The rival Democratic National Committee (DNC), reacting to the news, argued that "the Republican Party has no shame."

"Donald Trump incited his supporters to storm the Capitol, attack police officers, smear feces on the wall, and try to overturn an election — in no world is that ‘legitimate political discourse.’ Ronna McDaniel and the GOP keep reminding voters that there is no low they will not go to to protect Donald Trump and his chaos," DNC Rapid Response Director Ammar Moussa charged in a statement.

But the resolution that passed the full RNC on Friday was watered down from its original version, which was introduced by David Bossie, a committee member from Maryland and a longtime Trump ally. The initial resolution called for ousting Cheney and Kinzinger from the House GOP conference.

"Republicans have to stand together and what has happened with the Jan. 6 investigation is that it has become a one-sided witch hunt, where they’re only going after Republicans," Steve Stepanek, the New Hampshire GOP chair and a one of the several dozen co-sponsors of the resolution, told Fox News. "We’re sending a message that we as a party are not going to support these individuals and we feel they should be censured."

But a move by the national party committee to call for the removal of Cheney and Kinzinger from the House GOP conference would have presented headaches for McCarthy. Cheney was ousted from her number-three position in leadership last spring, but McCarthy’s yet to act on calls by Trump loyalists in the House Republican conference to kick out both Cheney and Kinzinger, who decided against running for re-election this year.

Stepanek told Fox News that the RNC’s resolution was watered down because "we did not want to usurp the authority of the Republicans in the House…It’s up to Kevin McCarthy and House Republicans to decide if they want to take further steps."

Both Cheney and Kinzinger criticized the move by the RNC on Thursday, after the resolution passed an initial committee vote.

"The leaders of the Republican Party have made themselves willing hostages to a man who admits he tried to overturn a presidential election and suggests he would pardon Jan. 6 defendants, some of whom have been charged with seditious conspiracy," Cheney charged.

And she emphasized that "I’m a constitutional conservative and I do not recognize those in my party who have abandoned the Constitution to embrace Donald Trump. History will be their judge. I will never stop fighting for our constitutional republic. No matter what."

The resolution didn't sit well with some of the party’s committee members.

Bill Palatucci, a national committee member from New Jersey who opposed the resolution, told Fox News that "focusing on Liz Cheney at a national RNC meeting is distracting and counterproductive. We should be shooting at Democrats, not Republicans."

Cheney, as she runs for reelection, is repeatedly being targeted by Trump. The former president has endorsed Wyoming lawyer Harriet Hageman, a former gubernatorial candidate who is  challenging Cheney in the state’s August GOP primary. Trump and his allies have also cleared the GOP primary field of some of the other Republicans challenging Cheney.

Thanks to a move by the Wyoming GOP, the RNC may be able to indirectly help the effort to defeat Cheney as she runs for reelection

Fox News confirmed that the Wyoming state GOP committee signed a rule and submitted it to the RNC, which allows the national party committee to give the state party support in the upcoming primary. Without the rule that was signed by the state party, the RNC would have been prevented from becoming involved in the contest.

Sources with the RNC stressed that the move came from the Wyoming GOP – which in November voted to no longer recognize Cheney as a Republican - and was not initiated by McDaniel or other RNC officials.

A Cheney campaign spokesperson, responding, argued that Wyoming GOP Chair "Frank Eathorne and the Republican National Committee are trying to assert their will and take away the voice of the people of Wyoming before a single vote has even been cast."