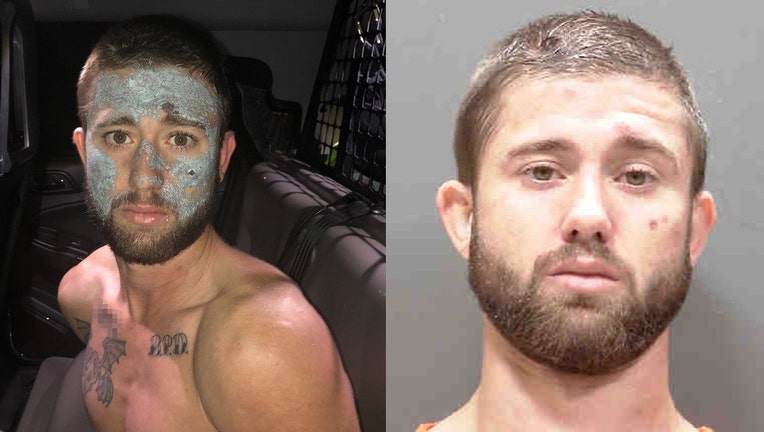 OSPREY, Fla. - Deputies went to a robbery suspect's house to arrest him -- only to apparently interrupt his exfoliating session.

The Sarasota County Sheriff's Office identified 23-year-old Trentin Richardson as their suspect in an armed robbery of a retail store in Osprey on Monday, after finding his fingerprints at the scene.

Investigators said the victim witnessed a male suspect leaving the store, located in the 13000 block of S. Tamiami Trail. He was spotted going through an emergency exit with a cart full of merchandise.

When confronted, the suspect held the victim at gunpoint and loaded the stolen merchandise into a car, which was driven by a young woman. They then fled the scene.

After recovering Richardson's fingerprints from the store, deputies went to arrest Richardson and his accomplice, a 17-year-old woman.

When investigators arrived at Richardson's home early Friday morning, they found him wearing a mud mask. He was arrested and taken to jail, still wearing the mask on his face. 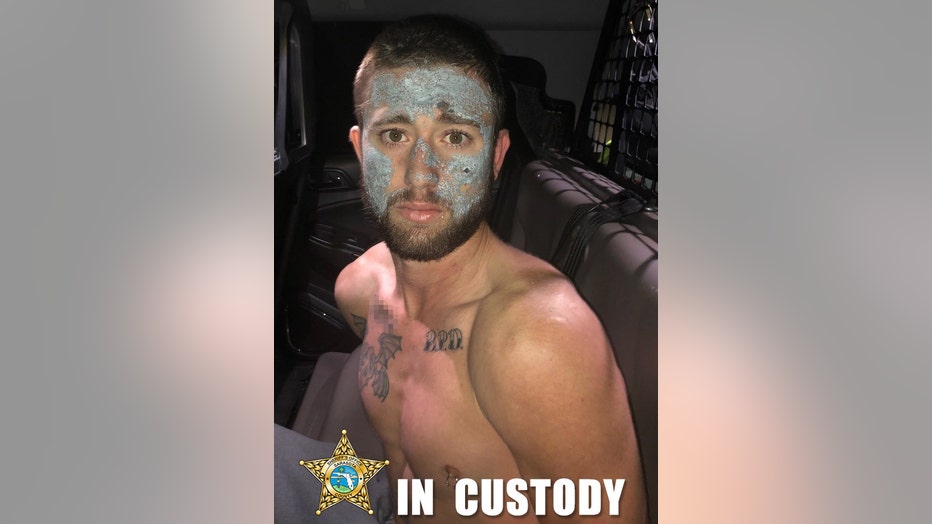 "There's no shame in his game, so there's no shame in ours," the sheriff's office said in a Facebook post. "Deputies interrupted 23-year-old Trentin Richardson early this morning, who was apparently exfoliating, to arrest him for armed robbery."

They continued, "Richardson, whose tattoo aptly says, '(expletive) B.P.D.,' doesn't seem to like the cops and likewise, we don't like when people break the law."

"Richardson, whose tattoo aptly says, '(expletive) B.P.D.,' doesn't seem to like the cops and likewise, we don't like when people break the law," the sheriff's office said.