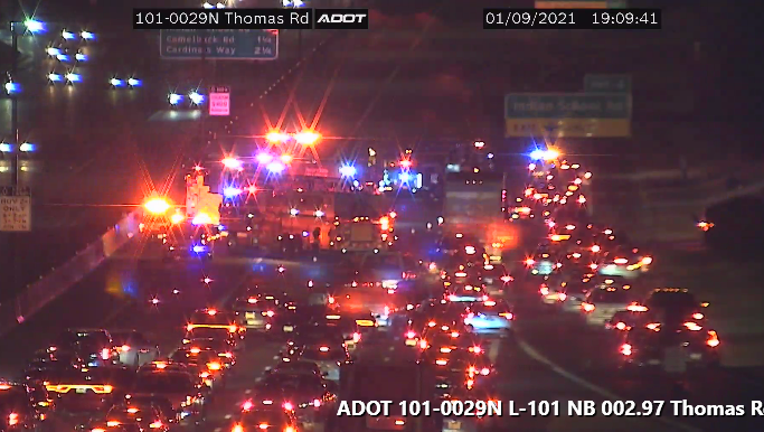 Courtesy of the Arizona Department of Transportation

GLENDALE, Ariz. - The Arizona Department of Transportation says all lanes on Loop-101 in Glendale are reopened after a multi-car crash prompted a closure on Saturday, Jan. 9.

The closure was on northbound Loop-101 at Thomas Road.

Seven people were injured in the crash, four refused medical care and three others were taken to the hospital. Two people are in critical condition, ages 52 and 58, and the third, age 15, is stable.

A southbound crash happened in the same area caused unknown injuries. All southbound lanes have reopened.