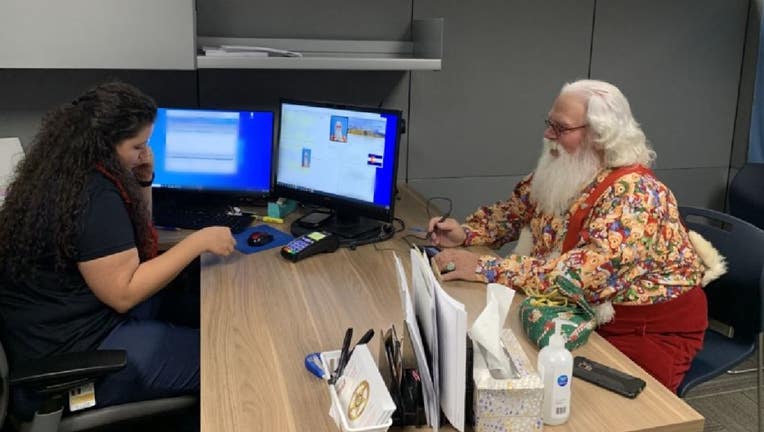 EL PASO COUNTY, Colorado - The El Paso (Colorado) County Sheriff's Office said a photo of "Santa" getting a concealed handgun permit may have been insensitive.

The sheriff's office was pelted with outrage in the reactions, including people saying:

Later, the sheriff's office posted: "EPSO intended to highlight our staff in the Concealed Handgun Permit Office, not to be insensitive. Santa correlates to the month of December and we thought he would help to recognize our hard working staff."

The post came just a few days after a Michigan high school student shot and killed 4 classmates with a gun bought by his dad on Black Friday, police said.