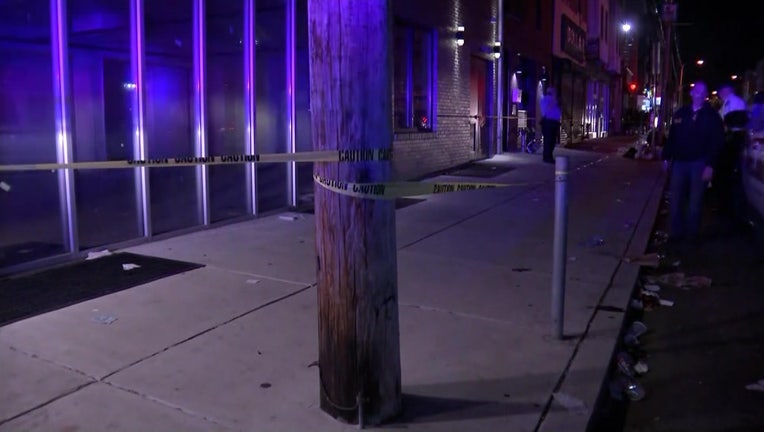 Police say the officers were loading a shooting victim into their vehicle when shots were fired in their direction by an unknown suspect.

PHILADELPHIA - Philadelphia police say their officers came under fire late Sunday night in North Philadelphia as they loaded a shooting victim into a police vehicle in order to transport him to a nearby hospital.

The incident happened Sunday night, just before 11 p.m. on the 1600 block of Cecil B. Moore Avenue.

Officers responded to a report of gunfire and found a 19-year-old man suffering from a gunshot wound to the chest.

As the officers loaded the victim into their vehicle, police say an unknown suspect began shooting in the direction of police.

The officers took cover and moved toward the area where the shots were coming from, but did not discharge their firearms. No officers were injured during the incident.

The shooting victim was taken to Temple University Hospital where he was listed in stable condition.

No arrest has been made, but police say two weapons were recovered from the scene.