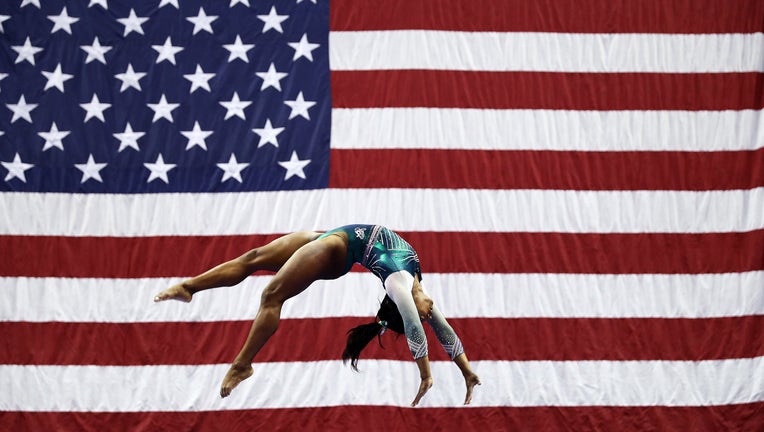 Simone Biles — the five-time Olympic medalist who's described as the greatest gymnast of her generation — made history on Friday with a spectacular beam dismount at the U.S. Gymnastics Championships.

Competing in Kansas City, Mo., 22-year-old Biles became the first gymnast ever to attempt a double-twisting, double somersault dismount from the balance beam, according to Team USA.

Biles said she was "really happy with the beam dismount and how it’s come along because if you had asked me after [U.S. Classic] if I was going to complete it, I would’ve said no."

Before her beam landing, Biles was disappointed in her night — so much so she wanted to "throw it in the trash and start over." During the landing of her floor routine, in which she also tried to make history, she fell and touched the floor with her hand.

"As soon as I fell on floor, I was like, 'That’s it, I’m scratching the meet. I’m walking off the floor,'" Biles told USA Today.

But despite the fall, Biles finished in first place with a lead of 1.75 points and had the highest scores among her competitors on balance beam, floor, and vault.

"I’m still really upset about floor. I did end on a good note, so that makes me happy — but I’m still disappointed about floor," Biles told reporters. "I still get really frustrated because I know how good I am and how well I can do...so I just want to do the best routine for the audience and for myself out here."

The second half of the women's gymnastics competition is scheduled to take place at 8 p.m. ET Sunday.

Get updates on this story on FOXNews.com.