One gun store owner in the Phoenix area says measures outlined by President Biden stem from a misunderstanding on guns, and could even affect the rights of lawful citizens.

PHOENIX - Arizonans are speaking out after President Joe Biden outlined his executive actions on guns.

Currently, there is no federal requirement for buyers of ghost guns, or homemade firearms that often lack serial numbers authorities would use to trace them, to undergo a background check, but Biden’s actions would change that.

President Biden also said he will tighten regulations on pistol-stabilizing braces. He said the brace makes the pistol more lethal and "a hell of a lot more accurate," and wants to designate pistols with the brace as short-barreled rifles, which would require owners to have a federal license.

President Biden also said he wants Congress to do more than offer "thoughts and prayers" to the victims of gun violence.

As substantial changes to gun laws have always met fierce Republican resistance in Congress, President Biden said he asked Attorney General Merrick Garland to prioritize gun violence and help him with concrete actions the president could take without Congress.

Gun store owner, gun enthusiast do not agree that ghost guns are dangerous

On April 8, FOX 10 spoke with the owner of Alpha Dog Firearms in Tempe, who says any time there is talk about firearms, sales go up.

Matt Boggs says the hot topic of ghost guns is just driving up fear. He says even calling it a ghost gun is a way to scare people. 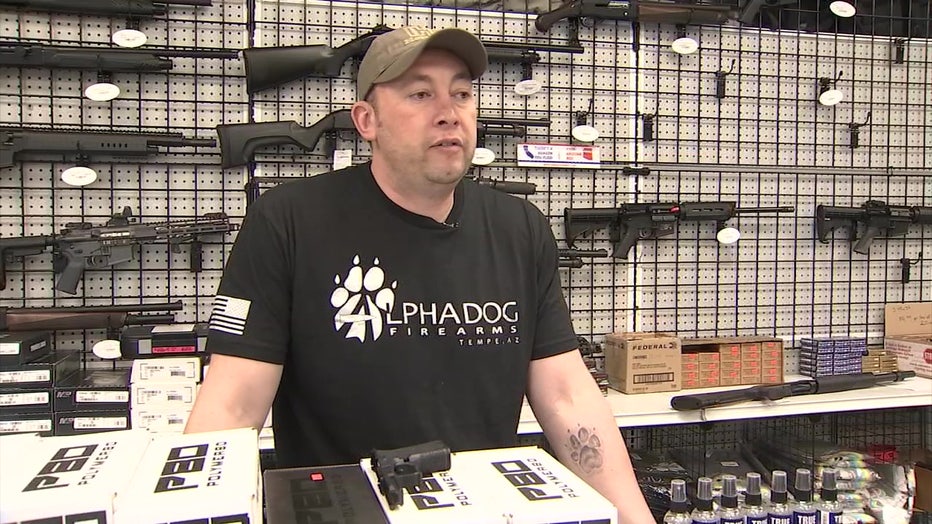 "We hear more about wrong-way drivers on the 101 freeway than we ever do about ghost guns, stabilizing braces, high capacity magazines," said Boggs.

"Ultimately, what it comes down to is good police work that will find who was the last person in possession, because if someone steals a gun with a serial number on it, it goes back to the last person who had the gun, so if it was stolen, a criminal still stole the gun. A criminal is who used that gun," said Boggs.

Boggs says these guns take knowledge and time to assemble, and it's a hobby for most.

"You actually have to go in and do the work, drill out the trigger hole," said one man, identified only as 'Josh.' "You have to do what’s considered milling. Instead of coming here to buy a gun and everything is preassembled, you do all of the work, all of the carving out, everything."

Josh also says a serial number on this type of gun won't change anything. 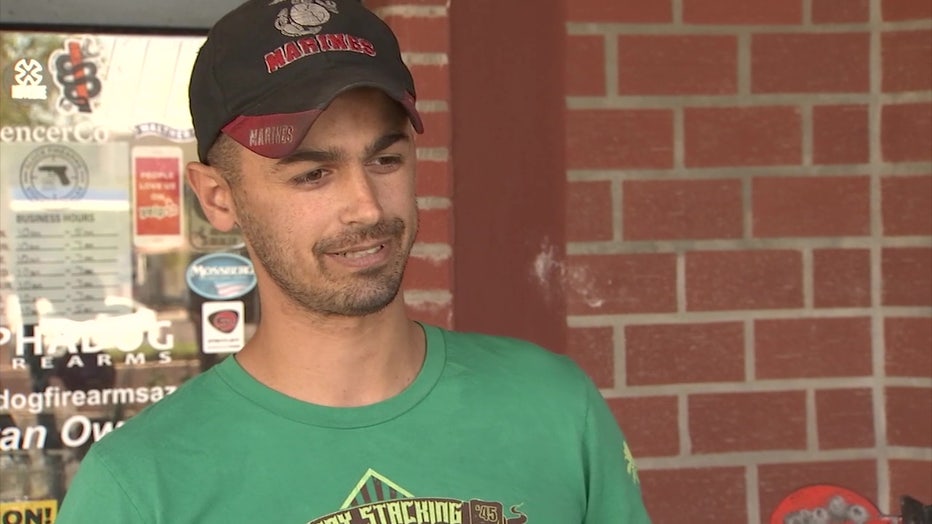 "You can also remove the serial number off of an AR that I might buy in here, and now, it’s considered a ghost gun because you can’t read that serial number," said Josh.

Boggs, meanwhile, went on to say that rules on handgun braces will only affect people with disabilities.

"It’s just a basic misunderstanding of what the product is and who it was designed for," said Boggs. "These were designed to help people who have handicaps, physical limitations. It’s more infringing on their right to actually defend themselves with a firearm."