Johnny Depp's legal teams wrapped up cross-examination of Amber Heard on Tuesday. Legal analyst Ken Belkin weighs in on whether their argument and strategy is enough to convince the jury that Depp was defamed by his ex-wife.

FAIRFAX, Va. - The Johnny Depp and Amber Heard trial which has gripped the nation has become so compelling that some are willing to shell out thousands of dollars to see the drama in person.

Some fans told People magazine they even camped outside the Fairfax, Virginia, courthouse to get a glimpse while others said they spent up to $30,000 on travel expenses just to get a front-row seat. 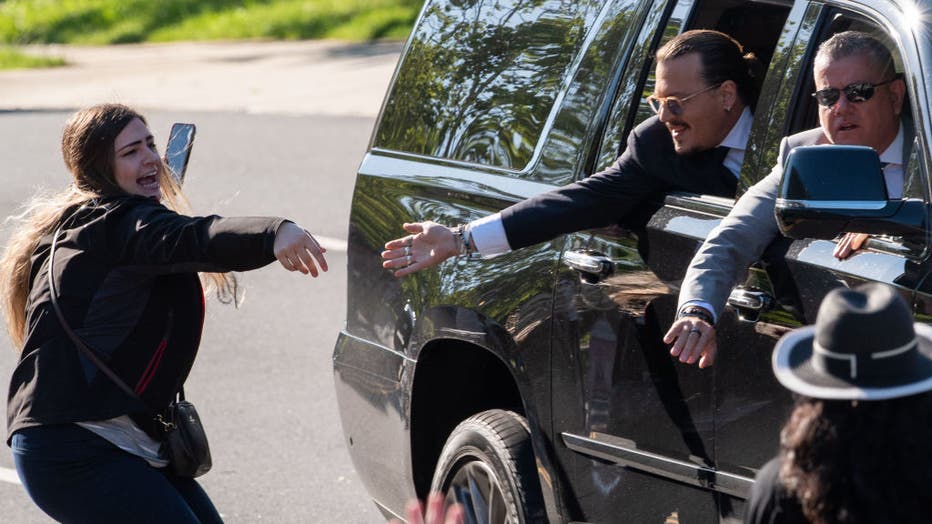 Johnny Depp reaches out to his fans as he arrives outside court during the Johnny Depp and Amber Heard civil trial at Fairfax County Circuit Court on May 17, 2022 in Fairfax, Virginia.

"I’ve never been to a public trial before. I’ve never stayed up overnight for anything in line, and I came at 12:45 a.m.," Sabrina Harrison of Madison, Wisconsin, told People. "I’ve never done something like this in my 46 years of life."

52-year-old Sharon Smith told People she decided to leave her home in the United Kingdom following the end of a 12-year relationship and fly straight to Virginia when the trial began in April. She says she travels between Virginia and Los Angeles during breaks in the trial costing her about $10,000. 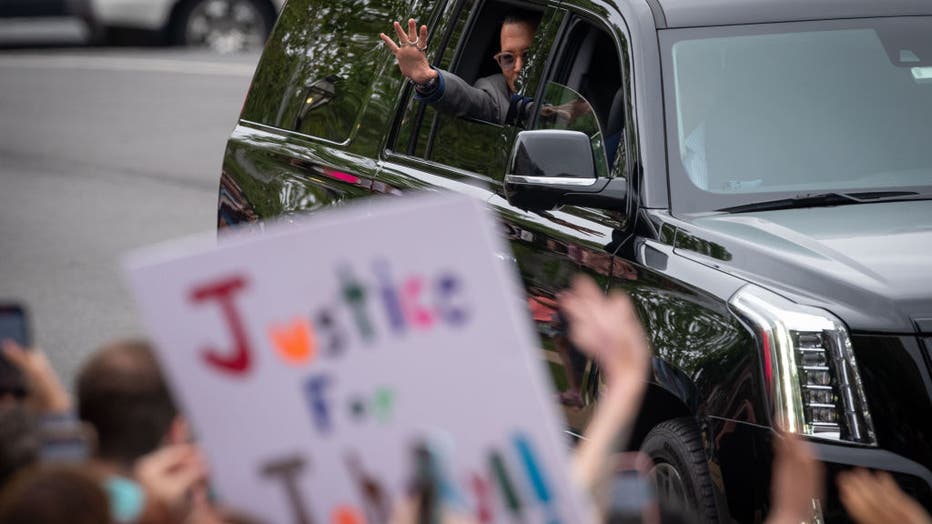 Johnny Depp waves to fans as he arrives outside court during the Johnny Depp and Amber Heard civil trial at Fairfax County Circuit Court on May 16, 2022 in Fairfax, Virginia.

59-year-old Ivan De Boer says she has used a year’s worth of paid vacation time to travel from Los Angeles to the trial, spending $30,000 on her expenses as of May 11.

"I took my whole year’s vacation so I could be here for Johnny," she said. "I’m the same age as Johnny. I’m single, so I do what I want to, basically."

The trial has essentially become the front page of the internet, generating dozens of timeless memes while providing a platform for self-proclaimed law experts to weigh in with their own talking points.

The videos regarding the trial which have been posted to social media platforms have become so captivating that it has effectively swayed public opinion, driving dozens of eager enthusiasts to arrive in the early hours of the morning to secure wristbands to gain access into the courtroom to watch testimonies that will eventually become immortalized on the internet.

Some people are so invested in this trial that they never fail to voice their public opinion with both the plaintiff and defendant. 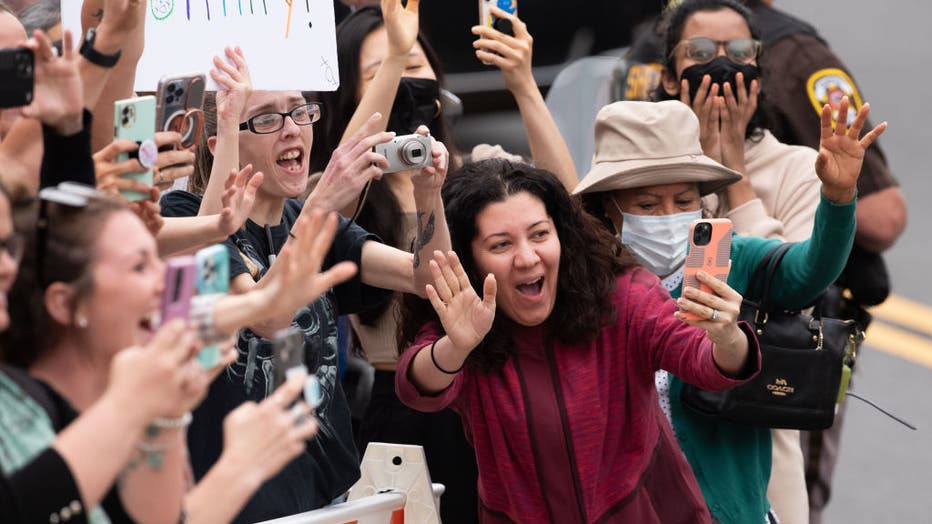 Johnny Depp fans wave as he arrives outside court during the Johnny Depp and Amber Heard civil trial at Fairfax County Circuit Court on May 16, 2022 in Fairfax, Virginia.

One video published on May 18, shows Depp waving to cheering fans while those same fans can be heard booing at Heard upon their arrival to court.

Depp is suing Heard in Virginia for libel over an op-ed she wrote in December 2018 in The Washington Post describing herself as "a public figure representing domestic abuse." The article doesn’t mention Depp by name, but his lawyers say the article defames him nevertheless because it’s a clear reference to the highly publicized allegations Heard made when she filed for divorce in 2016 and obtained a temporary restraining order against him.

Depp says he never physically abused Heard, while Heard says she was assaulted on more than a dozen occasions.