Skyelaringsroll posted video of the incident on Twitter and was riding the vehicle when it became submerged.

ORLANDO, Fla. - A ride vehicle on the Splash Mountain attraction at Walt Disney World's Magic Kingdom became submerged underwater on Sunday while guests were on board.

@Skyelaringsroll on Twitter took a video of the incident, stating that "we got out of our boat because it was sinking while we were stuck there and the Disney World employee decided to tell us that we should’ve stayed in the boat but it went under as soon as we all stepped out."

Another rider posted photos of the incident as well, showing their feet submerged in water and the ride vehicle wet and submerged underwater.

Walt Disney World confirmed to FOX 35 that one boat did take on water at the end of the ride and that all five guests onboard were able to get out safely. Disney went on to work with them individually to ensure the rest of their visit was good. The ride is open now.

Splash Mountain will soon undergo a major transformation as it will be re-themed to 'The Princess and the Frog.' The classic water attraction will be completely reimagined and while this was just announced in June, the project has been underway since last year.

The new version of the ride will reportedly be set in 1966 New Orleans and will join Princess Tiana and Louis on a musical adventure, featuring music from the film. 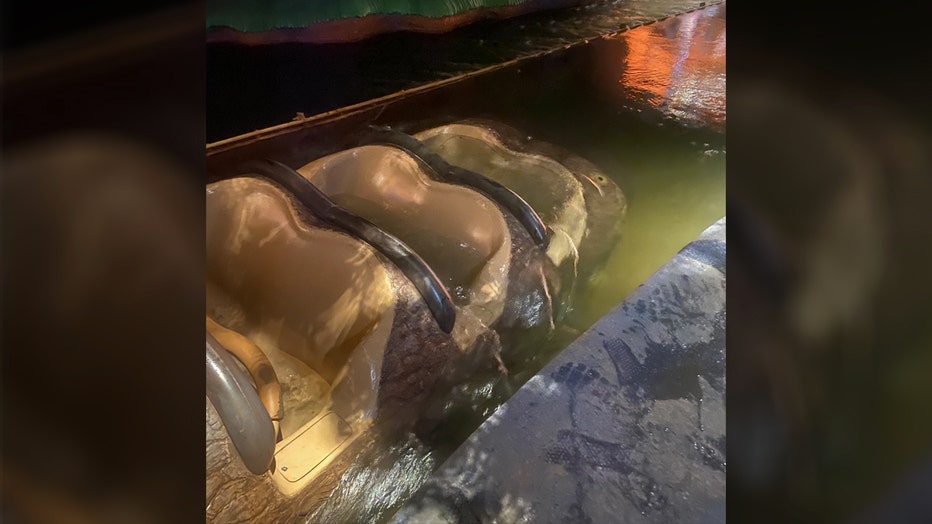 Earlier that same month, Splash Mountain was trending on Twitter as people called for the ride to be re-themed because of its connection to film Song of the South, which has been the subject of much controversy as many critics have described the film's portrayal of African Americans as racist and offensive.

Tune in to FOX 35 Orlando for the latest theme park news.