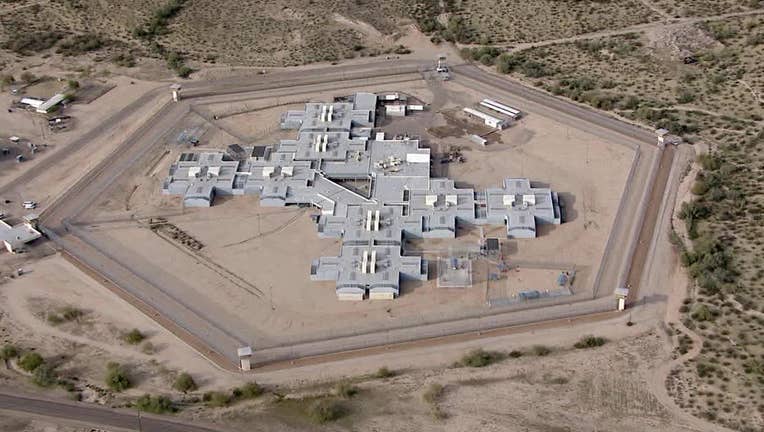 PHOENIX - Lawmakers representing Florence at the Arizona State Legislature say Governor Doug Ducey's plan to close Florence State Prison is an "outside the box idea that is worthy of further exploration".

In the statement, the lawmakers, all members of the Republican Party, say the plan could lead to increased staffing levels at the Eyman State Prison, which is located nearby.

"Low staffing is a problem throughout corrections, and Florence and Eyman prisons have been some of the hardest hit, compromising officer safety and reducing the ability to deliver important inmate programming," read the statement.

The lawmakers also said Florence State Prison, as a historic facility, has a "dated and problematic infrastructure" that costs the state millions to maintain.

The three lawmakers who released the joint statement represent State Legislative District 8, which covers an area that includes Florence, parts of Casa Grande, and other cities.

According to the Arizona Department of Corrections website, the Florence State Prison was built by inmates, and opened in 1908 as a replacement of the territorial prison in Yuma. Reports from the AP say the prison is over 100 years old.

On Tuesday, Florence town officials say they are "startled" by Gov. Ducey's announcement on the closure plans.

"We are concerned for our residents, who for so many years have shouldered the burdens and stigmas associated with being called a 'prison town'," said town officials, in a statement. "Without legislative action, resources currently used in the community could dry up and could radically change this historic community and the county seat of the state’s fastest-growing county."

own officials say based on preliminary estimates, the town could lose hundreds of permanent jobs upon the closure of the prison, and the loss of residents and the associated revenues could equal to a $1.3 million direct impact on town services.