PINAL COUNTY, Ariz. - The Black Hill fire began burning near Florence following a head-on collision on July 10. So far, it has charred about 123 acres of land.

The Arizona Department of Transportation says State Route 79 is closed in both directions between US 60 and Arizona Farms Road, due to the crash.

On Twitter, the Department of Public Safety stated, "This will be an extensive closure. Please use an alternate route."

DPS Bart Graves stated, "This will be a three vehicle head-on confirmed fatal collision on State Route 79 at milepost 143. It occurred in the last half hour. We are still gathering details."

This is a developing story. Stay with FOX 10 News for updates. 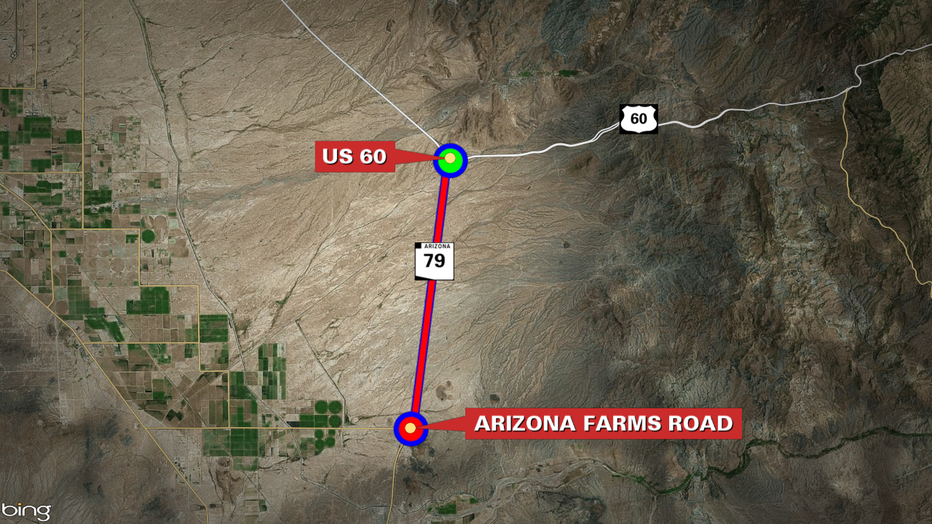