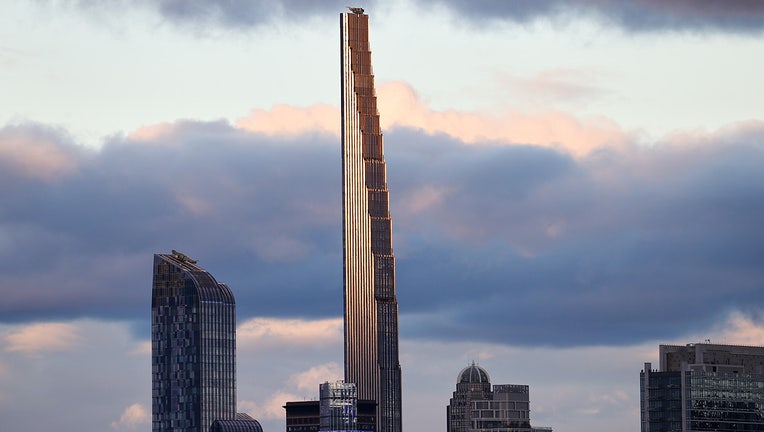 NEW YORK - One skyscraper stands out from the rest in the Manhattan skyline. It's not the tallest, but it is the skinniest — the world's skinniest, in fact.

The 84-story residential Steinway Tower, designed by New York architecture firm SHoP Architects, has the title of "most slender skyscraper in the world" thanks to its logic-defying ratio of width to height: 1-to-23 1/2.

"Any time it’s 1-to-10 or more that’s considered a slender building; 1-to-15 or more is considered exotic and really difficult to do," SHoP Architects founding principal Gregg Pasquarelli said. "The most slender buildings in the world are mostly in Hong Kong, and they’re around 17- or 18-to-1."

The 60 apartments in the tower range in cost from $18 million to $66 million per unit, and offer 360-degree views of the city. It's located just south of Central Park, along a stretch of Manhattan’s 57th Street known as "Billionaires' Row." 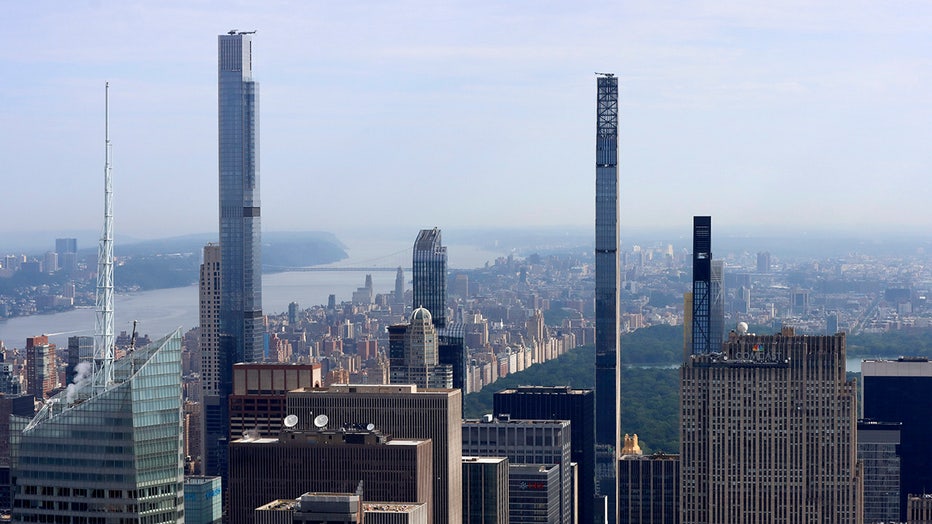 The view north from the Empire State Building to Central Park Tower and the Steinway Tower on Billionaires' Row on July 29, 2022, in New York City. (Photo by Gary Hershorn/Getty Images)

At 1,428 feet (435 meters), the building is the second-tallest residential tower in the Western Hemisphere, second to the nearby Central Park Tower at 1,550 feet (470 meters). For comparison, the world’s tallest tower is Dubai’s Burj Khalifa, which stands at 2,717 feet (828 meters).

RELATED: 9/11 Tribute Museum closing its doors for the final time

Steinway Tower is so skinny at the top that whenever the wind ramps up, the luxury homes on the upper floors sway around by a few feet.

"Every skyscraper has to move," Pasquarelli said. "If it’s too stiff, it’s actually more dangerous — it has to have flexibility in it."

To prevent the tower from swaying too far, the architects created a counterbalance with tuned steel plates. And while the exterior has the de rigueur reflective glass, it also includes a textured terracotta and bronze facade that creates wind turbulence to slow the acceleration of the building, Pasquarelli said. About 200 rock anchors descend at most 100 feet (30 meters) into the underlying bedrock to provide a deep foundation. 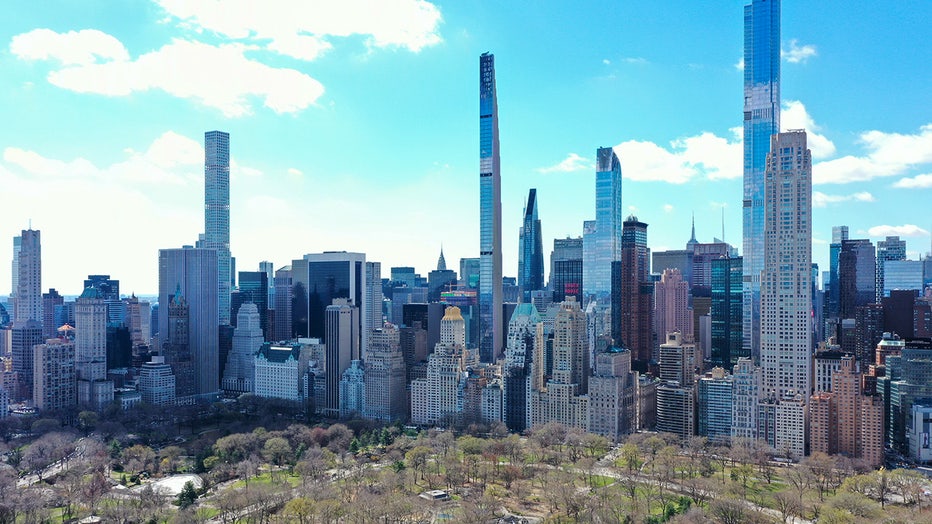 Steinway Tower, the world's skinniest skyscraper is seen on April 8, 2022 which has opened to residents in New York City, United States. (Photo by Tayfun Coskun/Anadolu Agency via Getty Images)

Steinway Tower has a long history as the former location of Steinway Hall, constructed in 1924. JDS Development Group and Property Markets Group bought the building in 2013, and now they're looking to the future.

"What I’m hoping is that 50 years from now, you’ve only known New York with 111 West 57th St.," Pasquarelli said. "I hope it holds a special place in all future New Yorkers' hearts."

RELATED: 9/11 Tribute Museum closing its doors for the final time