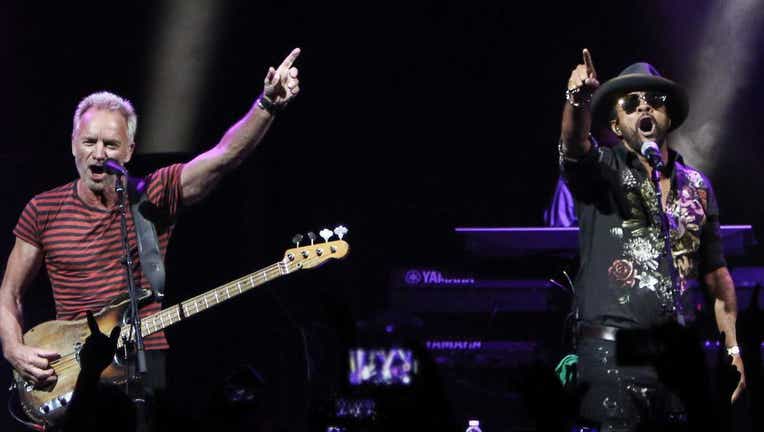 PHOENIX, Ariz. (KSAZ) - Sting has postponed his performance in Phoenix due to an illness.

The singer tweeted out a statement Tuesday afternoon announcing his shows with Shaggy in Santa Barbara and Phoenix on their 44/876 tour will have to be rescheduled after being advised by his doctor not to perform.

Sting and Shaggy were set to perform at the Van Buren Wednesday night.

His tweet stated that fans should hold onto their tickets in the hopes the shows will be rescheduled. The tour will resume Friday in Rancho Mirage, CA.