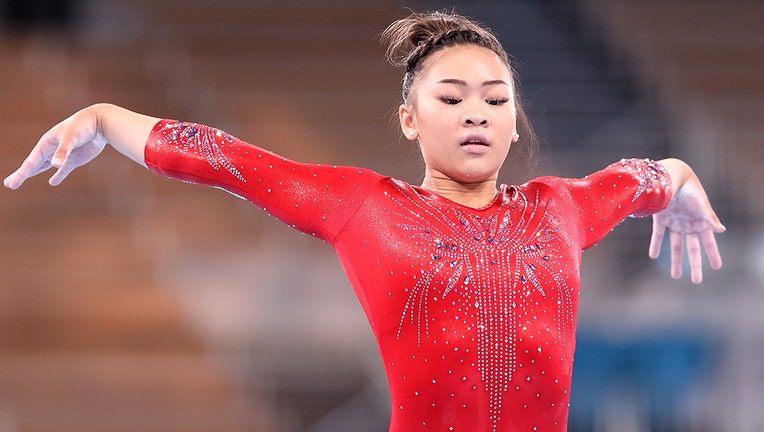 (FOX NEWS) - Suni Lee made history at the Tokyo Olympics over the summer when she became the first Hmong American to win gold when she competed in gymnastics all-around.

Back at home, Lee revealed she’s receiving "so much hate" over her relationship with USC football player Jaylin Smith.

Lee, who is going to Auburn, confirmed her relationship with Smith in a December Instagram post. But she had the comments disabled – one of the only posts she’s done that for. Days later, a TikTok user made his own post over her photo and showed support for Lee and Smith.

"I know that Sunisa will be judged by certain eyes in the Hmong Community because her man is Black. LOVE is LOVE, no matter what race or gender you are. Keep doing you QUEEN," the caption of the video read.

The 18-year-old gymnastics superstar commented on the clip.

"I've received so much hate. they support me when it’s beneficial for them never when it comes to my happiness. thank you!" she wrote, according to USA Today.

Crowds of fans and supporters lined up along White Bear Avenue in St. Paul on Sunday to welcome home star gymnast and gold medalist Suni Lee after her return from the Tokyo Olympics.

Lee revealed late last year in an interview with PopSugar she was hit with a racist attack when she returned from Tokyo. Lee’s parents emigrated from Laos to Minnesota, which has the largest concentration of Hmong in the U.S.

She told the outlet she had been waiting for an Uber with some of her friends who are all of Asian descent when a group in a speeding car yelled "ching chong" at them and told them to "go back to where they came from." Lee said one person sprayed her arm with pepper spray.

"I was so mad, but there was nothing I could do or control because they skirted off. I didn't do anything to them, and having the reputation, it's so hard because I didn't want to do anything that could get me into trouble. I just let it happen," she told PopSugar.

The gymnast took home three medals in Tokyo. She won gold in the all-around, silver in the team and bronze in the uneven bars.