Hundreds of people will put on their Santa gear and catch a wave in Cocoa Beach on Christmas Eve morning.

COCOA BEACH, Fla. -  NFL great Doug Flutie jumped out of a helicopter to mark the return of Surfing Santas!

The Heisman Trophy winner, and Brevard County resident, made a grand entrance to welcome surfers to Cocoa Beach.

"It was scary. It was an adrenaline rush but once you step off it was a free fall it was a blast!" 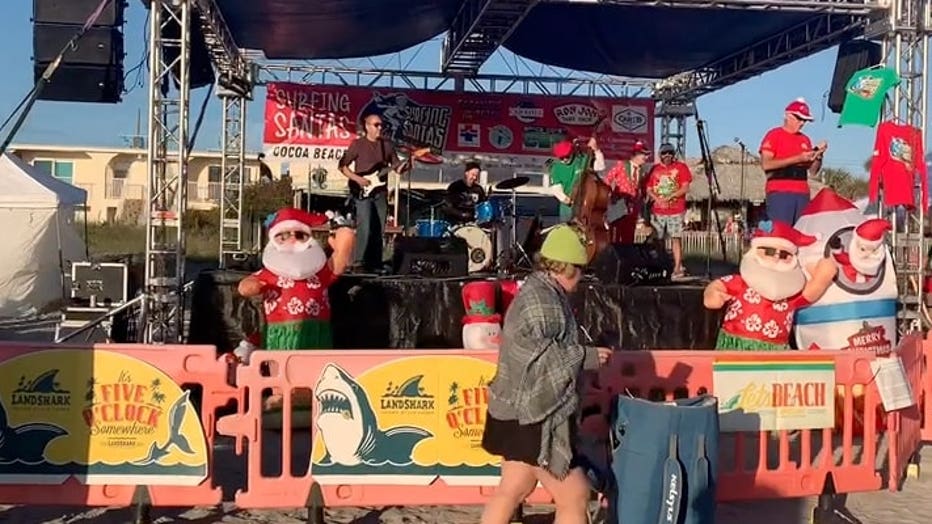 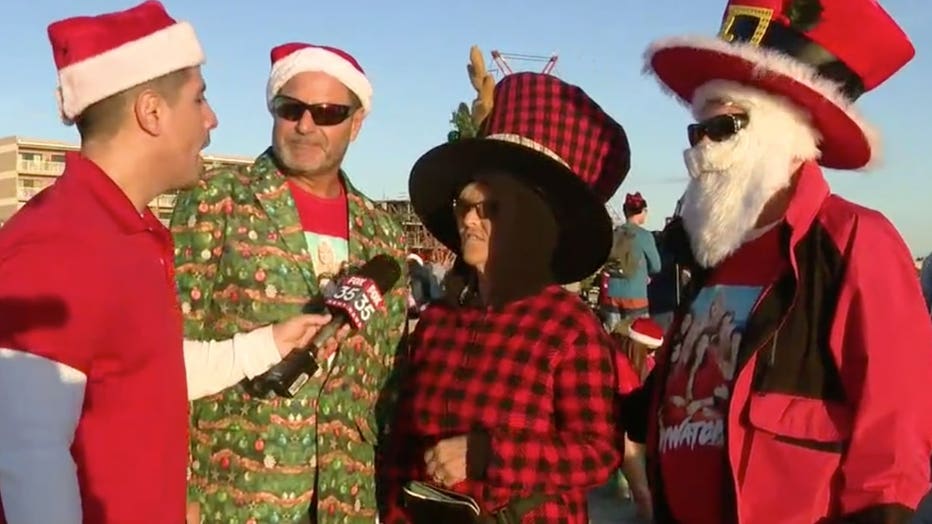 This year's theme was Space Coast SpaceX-mas. Founder George Trosset was dressed in theme and preparing before sunrise.

"In 2009 I went surfing as Santa, my son was an elf and we had one spectator: my 3-year-old grandson Anderson," said Trosset.

What started as a small family outing in 2009 has become one of the city's largest events and a viral sensation. It returned this year after being forced to cancel because of COVID last year.

"Over one billion people have seen or heard about Surfing Santa around the world. From our goofy little event here in Cocoa Beach," he added.

RELATED: Are you on Santa’s naughty or nice list? Check for your name here

Hundreds of people will put on their Santa gear and catch a wave in Cocoa Beach on Christmas Eve morning.

Surfing Santa will ride the waves at Cocoa Beach

Before he packs up his sleigh, Santa is going to ride the waves at Cocoa Beach. Organizer George Trosset explains the Florida tradition.

Officials say about 10,000 people attended this year with crowds stretching three blocks just to get in.
Nearly 400 Santa's registered to hit the surf with many more also jumping in – including Flutie.

"Everybody out here having a blast for a good cause and its gotten bigger and bigger every year and this is phenomenal turnout," said Flutie.

Former pro football player Doug Flutie was at the Surfing Santas event in Cocoa Beach -- and jumped into the water from a helicopter!

Santa's elves, reindeer, and even the Grinch hit the water.

The annual Christmas tradition has raised more than $100,000 for local charities including Grind For Life which helps people with cancer and the Florida Surf Museum. You can find more information at surfingsantas.org.