There is now a triple murder investigation underway after a woman was found shot dead at a Fort Worth car dealership and two more victims were found in an abandoned building in Palo Pinto County.

FORT WORTH, Texas - There is now a triple murder investigation underway after a woman was found shot dead at a Fort Worth car dealership and two more victims were found in an abandoned building in Palo Pinto County.

Police say one person was arrested Tuesday after the additional bodies were discovered. Homicide detectives were at the residence of the suspect and conducted a search. The suspect was taken to the Fort Worth jail and will be charged with capital murder.

Officer Jimmy Pollozani with the Fort Worth Police Department said officers were called to Bills Auto Sales in the 4200 block of Benbrook Highway on Monday.

He didn’t elaborate on the nature of the call but said responding officers found a woman dead from an apparent gunshot wound to her upper torso. 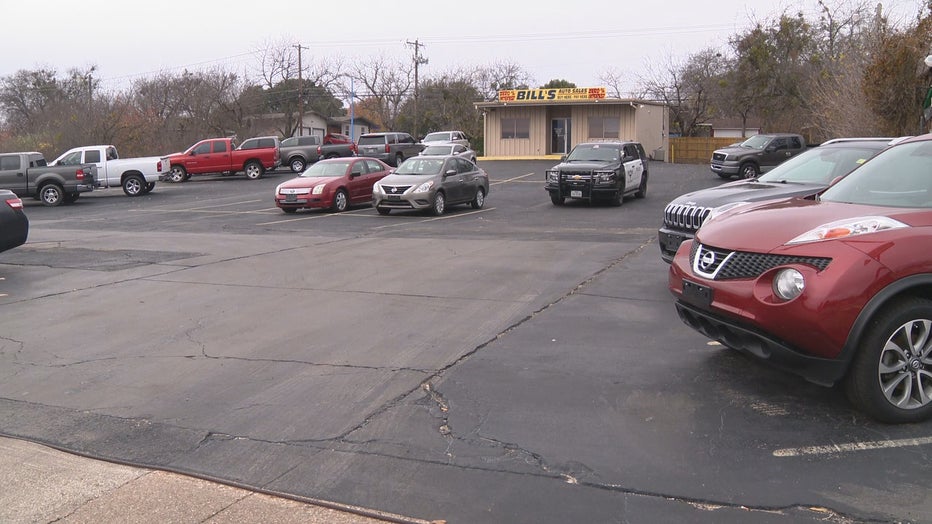 Police have not released the identifies of any of the victims or the suspect.

Family members who have turned to social media for help said they believe two of the victims are related.

Cayley Jones tells FOX 4 she believes the victim found at the dealership is her great aunt Jenny Lewis. Her aunt and her mom, Veronica, worked at the car lot together.

Jones says her mom and the owner of the dealership are missing, but police have not confirmed that information.

Jones told FOX 4 that officers confirmed the woman found dead in the car lot was not her mother.

The Tarrant County Medical examiner has not confirmed the identity of the woman who was killed at the car lot. They only said she was shot.

Jones says she hasn’t seen or heard from her aunt, her mom or the owner since Monday morning.

“I don’t know of anyone that would harm them. My aunt Jenny is, she’s one of the most wonderful people I’ve ever met. My mom, too,” she said.

Jones says her aunt had mentioned in the past being scared while working at the business alone on occasion, but she never gave any specific reasons for her uneasy feelings.

Jones says both women’s cars remained on the lot.

The suspect’s name has not been released. They are being held on a $1 million bond.

Police say a redacted arrest warrant will be provided once the suspect is properly booked into the jail and arraigned.

The Tarrant County Medical Examiner’s Office will determine the manner and cause of death for the two victims found in Palo Pinto County.

No possible motive has been released.