Tempe Police say a man is in custody after a barricade situation and his family is safe on&nbsp;Saturday, Feb. 27.

TEMPE, Ariz. - Tempe Police say a man barricaded himself inside his apartment with his family and threatened them, refusing to let them leave, on Saturday.

The incident happened on McKellips Road between College Avenue and Scottsdale Road just after 12:30 p.m. when police responded to reports of a man acting erratically.

He then barricaded himself inside the apartment with his wife and three children, not allowing them to leave.

Police called out crisis negotiators and the SWAT team. When that didn't work, they forced their way into the apartment and the family was rescued.

The suspect was arrested and his identity isn't being released. 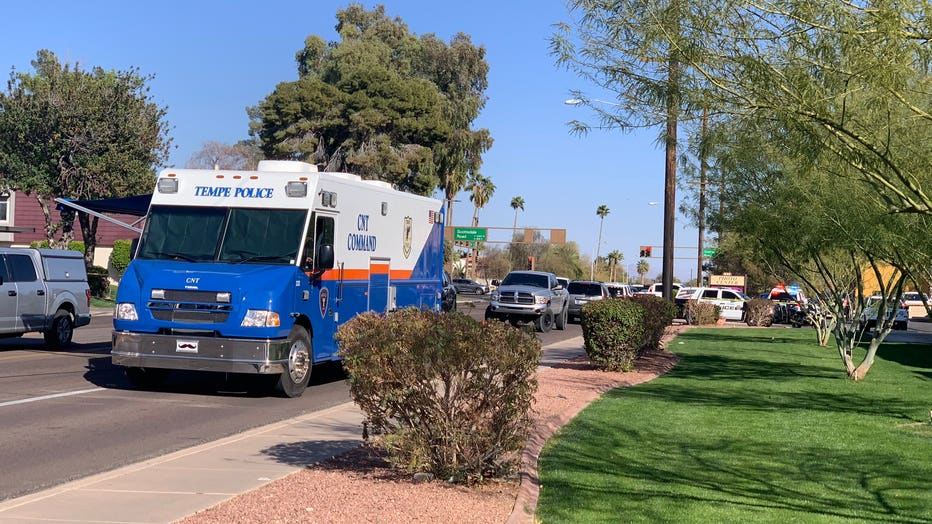 Courtesy of the Tempe Police Department