WASHINGTON - A suspicious envelope that was addressed to President Donald Trump was intercepted by the Secret Service Monday, authorities say.

The envelope did not enter the White House, according to the Secret Service.

This comes as the FBI seized two envelopes suspected of containing ricin, which were delivered to the Pentagon and addressed to Defense Secretary James Mattis and Adm. John Richardson, the Navy's top officer.

These envelopes have been turned over to the FBI for additional testing.

All mail that is being received at the screening facility on Monday is under quarantine and there is no threat to the 20,000 people who work at the Pentagon, Pentagon officials say. No one was ordered to evacuate the facility during the incident.

Two people were taken to the hospital after apparently being exposed to a white powdery substance at Sen. Ted Cruz's office in Houston Tuesday morning, authorities say. The FBI has taken over the investigation into the incident.

Ricin is part of the waste "mash" produced when castor oil is made. According to the Centers for Disease Control and Prevention, if it is made into a partially purified material or refined, ricin can be used as a weapon capable of causing death under certain circumstances. 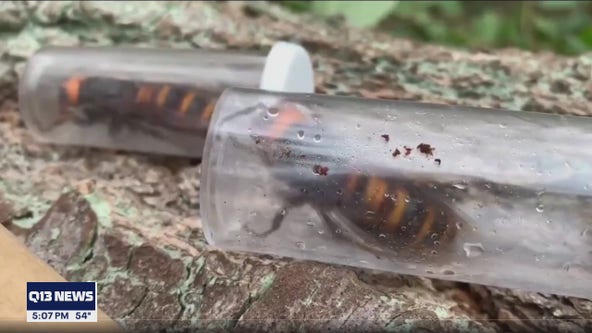