For much of the 20th century, the stretch of Salt River in the Phoenix area was a dry riverbed that was considered to be an eyesore. Thanks to a group of ASU students, a stretch of the Salt River in Tempe has now become a point of pride for the Valley. FOX 10's John Hook reports.

TEMPE, Ariz. - More than a hundred years ago, Arizona pioneer Charles Hayden used to operate a ferry that carried people, goods and livestock across the Salt River.

At the time, the river flowed year-round, and the ferry operated at what is now the Mill Avenue Bridge.

Once dams were built along the Salt River's upstream to prevent flooding in the 1940s, the Salt River was diverted to quench a thirsty desert. Nowadays, the river, for the most part, looks dry, except a portion in Tempe. 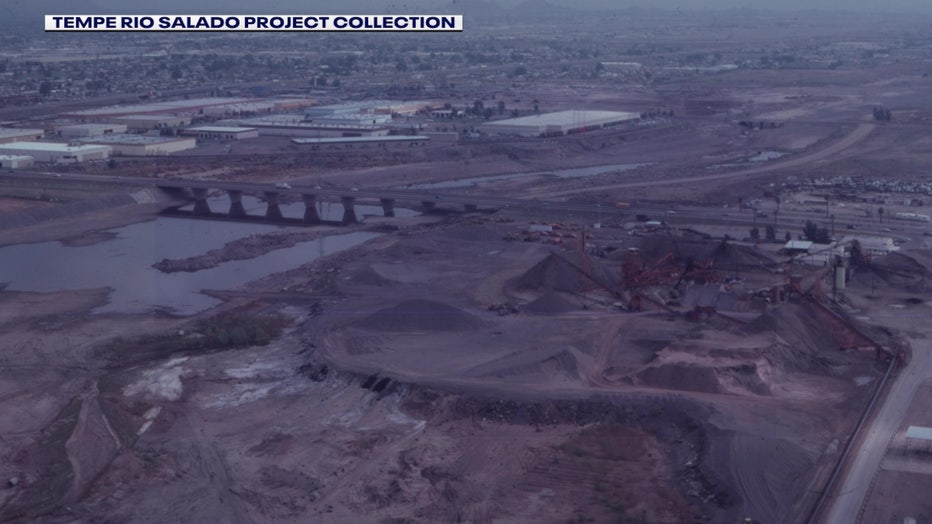 Tempe Town Lake is one of Arizona's top tourist attractions, and it is also a commercial hub that has generated billions.

While it is hard to remember a time when Tempe Town Lake didn't exist, as it is such a point of pride these days, for much of the 20th century, the area that is now Tempe Town Lake was a dusty, dry riverbed, dotted with sand and gravel operations, as well as lots of trash, interrupted by brief periods of intense flooding.

The Salt River's future changed in an unexpected and dramatic way in the fall of 1966, when a group of fifth year Arizona State University architectures students, on their first day of class, were presented with a bold challenge from their professor, Bob McConnell.

"He looked at us, and then over his shoulder said, 'there's the Salt River,'" Jim Altenstadter recounted. "Then he added, ‘what are you going to do about it?’ Then he stood up and headed towards the door. He stopped, and he turned and looked at us. ‘By the way, you have eight weeks.’"

"We looked at each other like, ‘are you kidding?’" Jim Scalise recount. "No, he wasn't kidding. He walks out."

"I just -- I was a little bit in shock, and I sort of looked around the room, and everybody was kind of, ‘what the hell?’" Gerry Maskulka recounted.

An ASU class helped change the face of the Valley forever 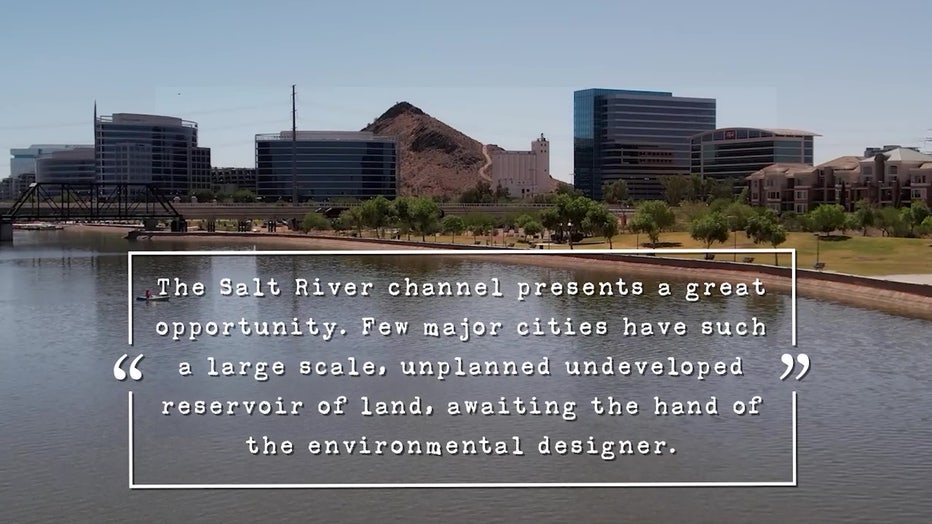 "So we knew our work was cut out for us," said Altenstadter.

Altenstadter, Maskulka and Scalise were three of the 16 students in that class, a class that was about to change history.

"We decided the first thing we needed to do, which is the first step in the design process, is to understand the problem," said Maskulka. "So we organized into groups to walk the river."

The group They took hundreds of photos and rendered countless drawings. They even found a pilot to fly them over the Salt River to take aerial photographs. They also poured over topographical maps, and managed to stumble upon one that caught their eye.

"One of them was an old map that showed the Rio Salado," said Bill Close Jr. "We said, 'I think that's the name of our project.'"

With that, Rio Salado was born, and the 16 ASU students were limited only by their imaginations.

"We used to say we didn't know what we were doing, which was a godsend, because we might not have made those stretches, you know, into the potential future if we thought there was an obstacle ahead of us," said Scalise. 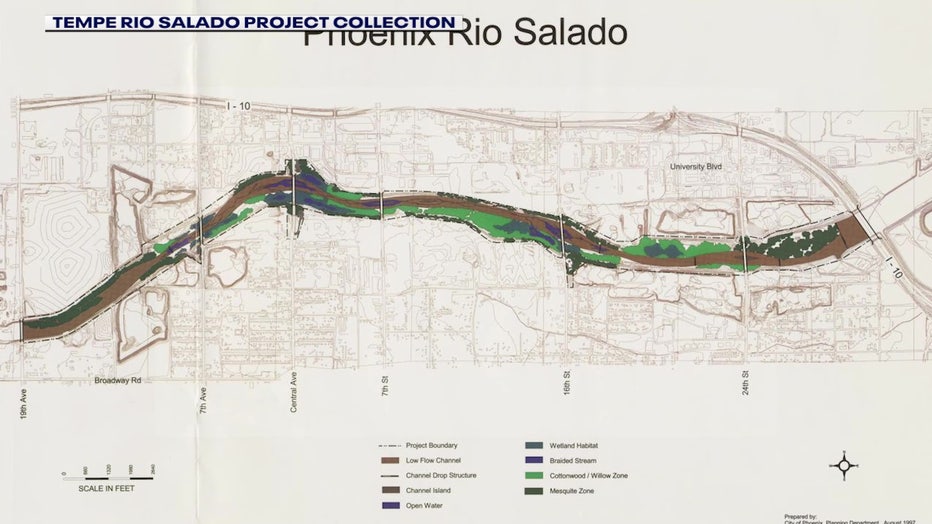 "What was the goal? The first thing was to bring life back to the river, and the way to do that was with the water," said Maskulka.

People living in the area at the time remember the occasional floods that filled the barren Salt River, sometimes cutting the city in half. Every time it happened, there were calls for flood control, and that would be a major piece of the project.

Residents also got a taste of what this could become, if water were once again introduced.

"None of those people had ever seen water in the Salt River, so they found that quite astonishing, that water could even be present," said Altenstadter.

The group of 16 did not have to worry about budgets, or zoning or public hearings. They were tasked to dream, and dream big.

"We looked at all the plans of the different waterways. San Antonio, and then Venice comes to mind, and we said, ‘you know, this could happen,’" said Close Jr.

Plan has yet to come to fruition in its entirety, but the dream endures 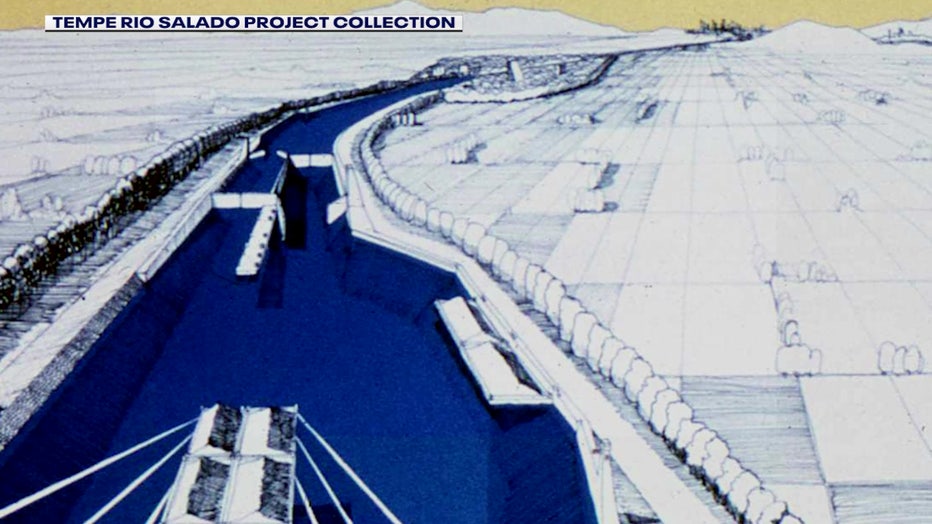 The plans called for developing the entire 40-mile stretch of the Salt River, from Granite Reef Dam west to the Gila River. An interconnected series of locks, parks, recreational sites and islands, along with housing and businesses.

The plan, as envisioned, hasn't happened just yet, but the seeds the group planted in 1966 have grown into something remarkable, with a portion of the dry riverbed replaced by a two-mile long thriving waterway in the middle of the desert.

When asked if he was proud of what he and his group came up, members of the group say yes.

"My hope is that it will continue to develop, and continue all the way to the Sea of Cortez, because it's not an unfeasible project. It's very feasible," said Maskulta.

Much of what the 16 ASU students came up with in the fall of 1966, survives. They made history, and left an indelible mark on the Valley.

"The eight weeks that we spent as 16, as one, was the best university experience I ever had," said Altenstadter.

"I think you get paid in different ways, and so seeing the success is payment enough," said Ned Sawyer.

The group of 16 gave a lot of credit to the dean of ASU's Architecture School at the time, James Elmore. The pedestrian bridge that spans Tempe Town Lake today is named in his honor. Elmore is considered to be the "Father of the Rio Salado Project," and pushed for its completion for most of his life. 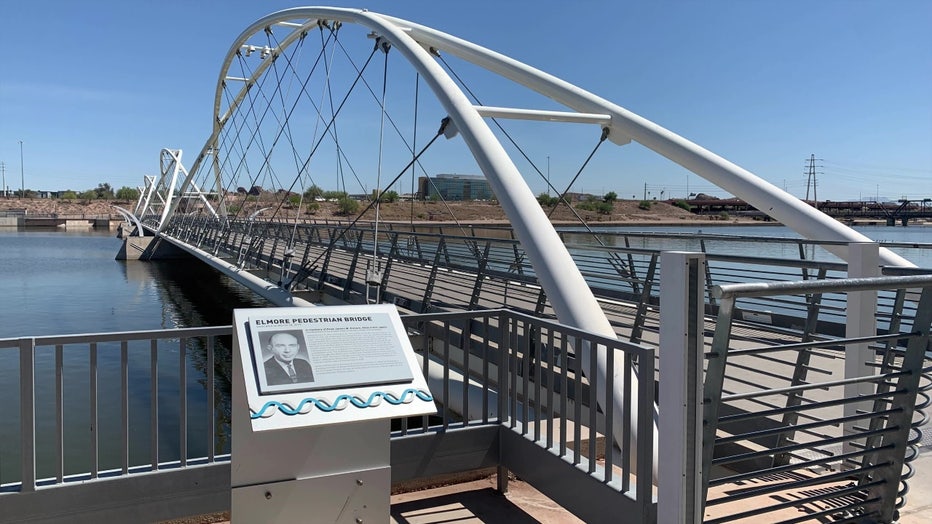