A Tennessee woman forced to abandon her vehicle after running out of gas on a Memphis bridge was arrested and charged for felony possession after law enforcement inspected her abandoned SUV.

The Memphis Police Department on Monday announced the arrest of 54-year-old Catherine Mardesich, who is charged with felony possession of a controlled substance, marijuana. Crump Station officers were dispatched at approximately 3:30 p.m. Sunday to meet Arkansas State Police near Memphis’ Metal Museum, near the bridge connecting Memphis, Tennessee, to the Arkansas side across the Mississippi River. 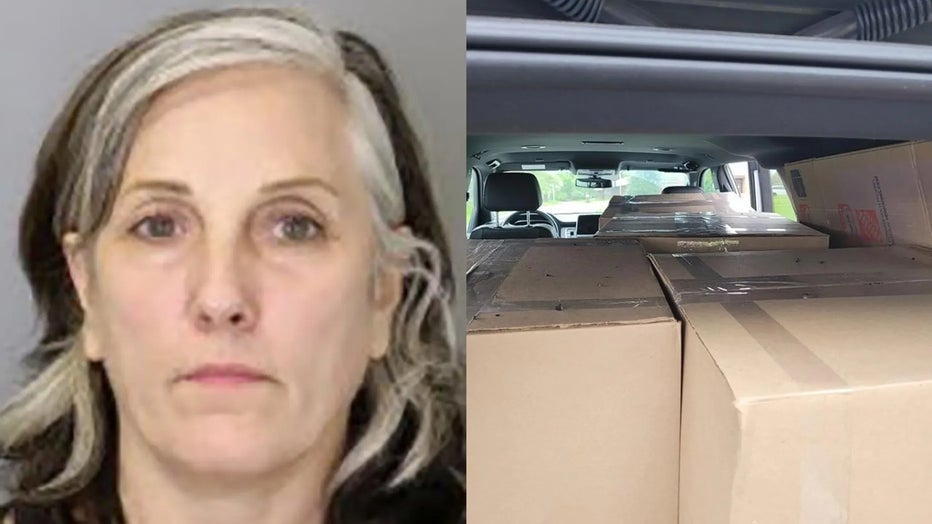 Catherine Mardesich, 54, is charged with felony possession after Memphis, Tennessee, police say she ran out of gas and officers inspecting her abandoned SUV found 229 pounds of marijuana in boxes left inside. (Memphis Police Department )

The Tennessee Department of Transportation and Arkansas State Police had responded to the I55 bridge southbound to reports about an unoccupied Chevrolet Suburban abandoned in a lane of traffic. The agencies moved the vehicle to 374 Metal Museum Drive to complete the crash report and tow the car. That’s when Mardesich, who was the driver, returned to the vehicle and explained she had run out of gas.

Law enforcement informed her that the vehicle was to be inventoried and towed, but Mardesich advised that officers could not go inside the car, according to Memphis police.

As officers approached the vehicle, they smelled raw marijuana and Mardesich was detained.

When the vehicle was searched, 229 pounds of marijuana were in multiple boxes and a duffel bag, police said. A large sum of money was also found inside the vehicle.

Because the vehicle was in Memphis at the time of the discovery, Mardesich was transported to Jail East in Shelby County, Tennessee.