Monsoon storms knock out power across the Valley

According to SRP's power outage page, there are power outages in various neighborhoods in the Valley, from Glendale to Apache Junction, Queen Creek and San Tan Valley. Parts of Chandler Heights are also affected.

As of 12:00 p.m. Saturday, power was restored to a majority of the thousands of people affected by the outages. The San Tan Valley and Queen Creek areas were the hardest hit, as hundreds of residents did not get electricity restored until after 9 a.m. this morning.

APS officials also power outages in the Phoenix area, as well as in Casa Grande.

On Friday night, officials with the National Weather Service in Phoenix issued a number of severe weather warnings for parts of the East Valley, including a Severe Thunderstorm Warning and a Dust Storm Warning. Those warnings have expired. 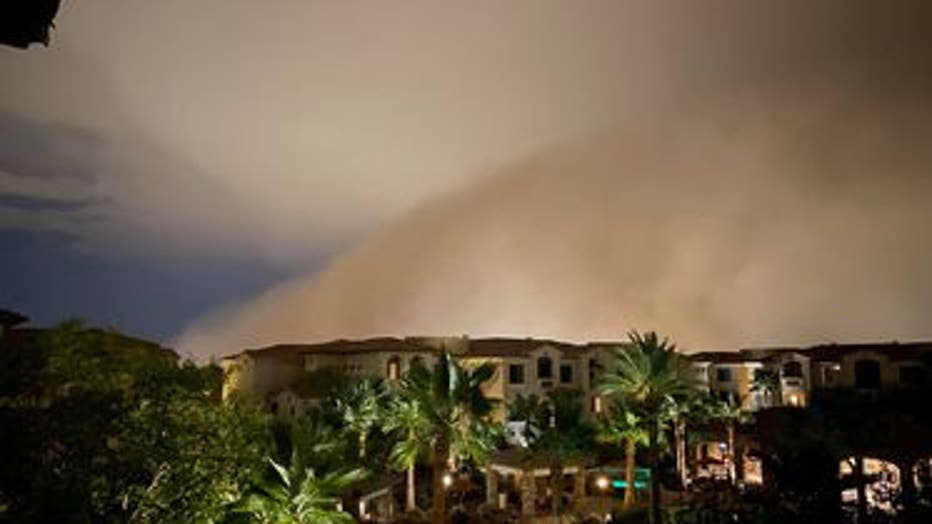 FOX 10 viewer Taylor Wright sent us a photo that shows a wall of dust in the Gilbert area. (Courtesy: Taylor Wright)

A Dust Advisory was also issued for parts of the West Valley, and a Dust Storm Warning was issued for Casa Grande, Gila Bend, and Maricopa. Those warnings have also expired.

The National Weather Service says there is a chance for more thunderstorms with strong winds to form in the Phoenix metro area and across Arizona on Saturday night.

State Route 238 was closed between State Route 85 near Gila Bend and milepost 40 near the city of Maricopa due to flooding, but has since reopened.