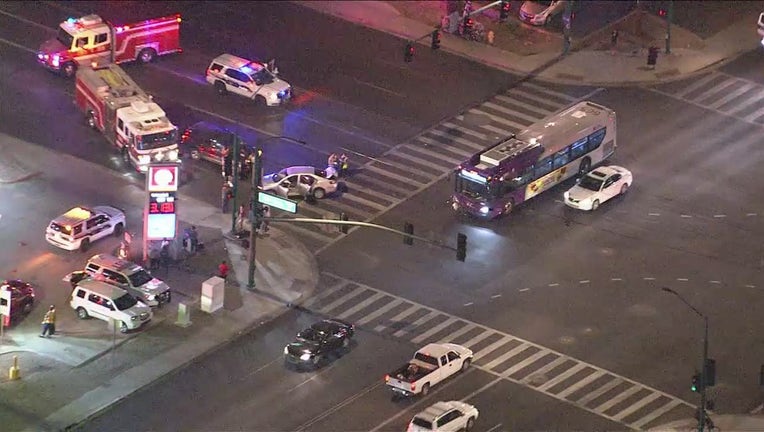 Scene of a crash on 35th Avenue and Dunlap

PHOENIX - Three people, including two teens, have been taken to the hospital after a multi-vehicle crash involving a city bus near 35th Avenue and Dunlap, according to Phoenix fire crews.

A 16-year-old boy was hospitalized in critical condition.

Another 16-year-old boy and a 41-year-old woman were injured and are in stable condition.

The intersection will be restricted while police investigate.