Huntington Beach Mayor Pro Tem Tito Ortiz announced he is stepping down from his seat in the City Council Tuesday night. 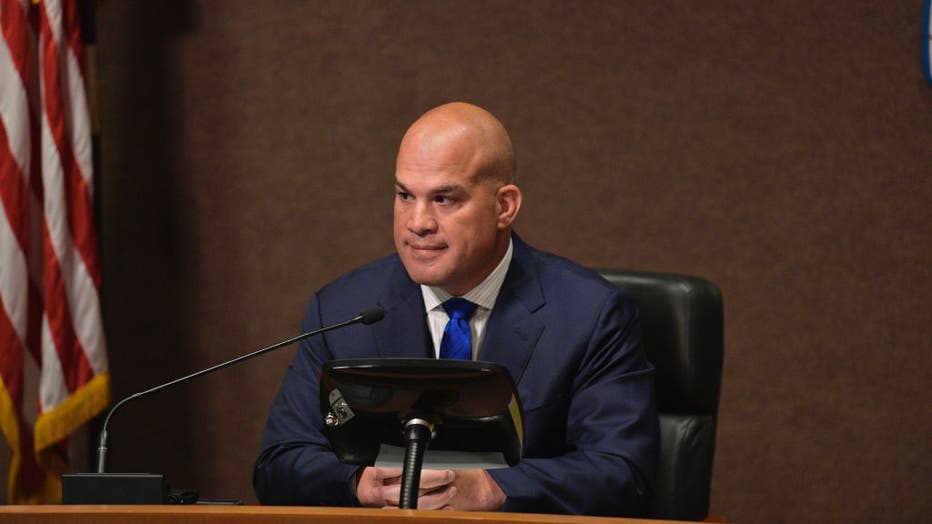 Ortiz, former MMA fighter and UFC Hall-of-Famer, had only been with the city's mayor pro tem for less than seven months after winning a seat in the Huntington Beach City Council in the Nov. 2020 election.

Despite his short tenure, Ortiz's time with the City Council could be described by some as memorable. Ortiz's wife, Amber Nicole Miller, generated a lot of attention on social media last month after the couple's two sons were sent home for not wearing masks.

Ortiz has also been vocal about his disapproval with mask-wearing during the pandemic. He has shared multiple memes and posts to social media criticizing the effectiveness of face coverings.

Ortiz also promoted a public "mask-off" rally that was scheduled a couple of weeks ago i Costa Mesa.

As of Tuesday night, it is unclear what the future holds for the UFC superstar and now-former City Council Member. The Huntington Beach City Council said in a press release that it will discuss a timeline and the "means of appointing a new Council Member to fill the vacated seat."