Trevor Bauer will not face criminal charges in assault investigation

Officials announced after a months-long investigation, Trevor Bauer will not face any criminal charges following allegations of assault.

RELATED: Trevor Bauer accused of assault after woman claims Dodgers star 'got physical with her' 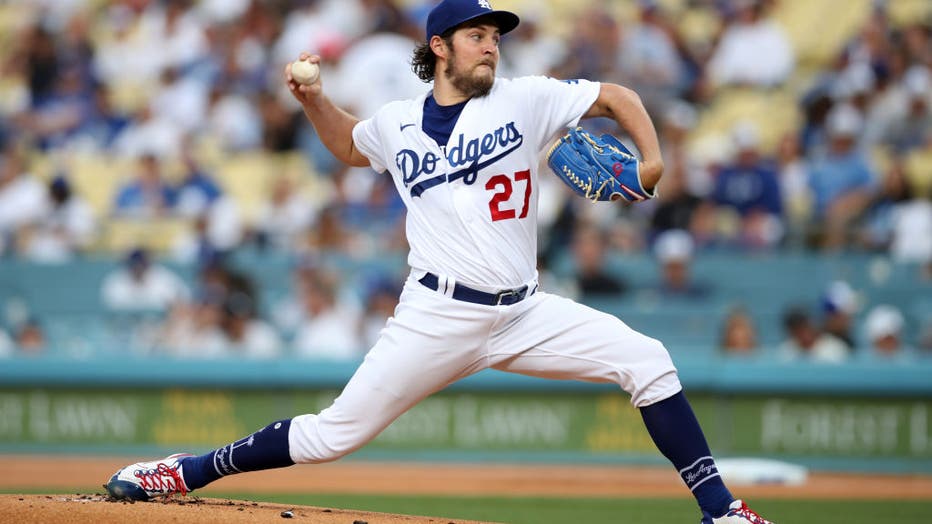 LOS ANGELES, CA - JUNE 28: Trevor Bauer #27 of the Los Angeles Dodgers pitches during the game against the San Francisco Giants at Dodger Stadium on June 28, 2021 in Los Angeles, California. The Dodgers defeated the Giants 3-2. (Photo by Rob Leiter/M

The court document obtained by FOX 11 states the following:

"After a thorough review of all the available evidence, including the civil restraining order proceedings, witness statements and the physical evidence, the People are unable to prove the relevant charges beyond a reasonable doubt."

Sources told TMZ the explicit text messages exchanged between the Los Angeles Dodgers pitcher and the accuser weighed heavily on the decision.

The investigation was initially handled by the Pasadena Police Department who then presented its case to the Los Angeles County District Attorney’s Office in August.

Trevor Bauer has broken his silence and spoke publicly on his YouTube channel for the first time amid an ongoing sexual assault investigation.

"MLB is continuing their investigation. We will have no further comment until it concludes," the league said in a released statement Tuesday. Major League Baseball is conducting a separate investigation.

Bauer offered his own words on the matter Tuesday afternoon in a lengthy statement, as well as a YouTube video entitled "The Truth." In his statement, Bauer gave his side of the story, saying that everything that happened between him and his accuser was consensual.

"The last several months have been an extremely challenging time and I want to say how incredibly grateful I am to the numerous teammates, players, coaches, fans, friends, and even complete strangers who have reached out and stood by me, even if it was in silence," his statement concluded.

In June 2021, a Southern California woman claimed the pitcher "got physical with her," without her consent during their sexual encounters.

In court documents obtained by FOX 11, the San Diego woman claimed that some of the injuries she suffered from their sexual encounters left her crying and shaking. She also accused the pitcher of choking her to the point of losing consciousness during their two sexual encounters at his Pasadena home.

Cross-examined by Bauer's attorney, Shawn Holley, about why she got back into the same bed with Bauer after leaving the restroom instead of sleeping on the couch, she said she had developed an emotional connection with him from the hours of conversation they had before going to bed, during which they both opened up about their feelings and their pasts.

Court documents reveal that the accuser took herself to the emergency room and her legal team provided images of her with two black eyes and a laceration to her lip.

FOX 11 has opted not to name the accuser at this time in accordance with policy to not identify potential victims of sexual assault.

After the allegations surfaced, Bauer was placed on a seven-day paid administrative leave by Major League Baseball, which was extended through the rest of the regular season and the playoffs.

The Dodgers were forced to essentially reconstruct its bullpen and added Max Scherzer to its roster. Ultimately, The Boys in Boy were defeated by the Atlanta Braves in the National League Championship Series.

More allegations surfaced in a separate case involving an Ohio woman during his time in Cleveland. In that case, the accuser sought a protective order against Bauer last year after alleging the pitcher committed similar violent acts during intercourse.

Bauer's future with the Dodgers remains uncertain. However, the NL Cy Young winner has resumed regularly posting to his YouTube channel.