The Department of Homeland Security has proposed a substantial price hike in the cost of citizenship, prompting some application fees to go up as much as 83 percent.

WASHINGTON - The Department of Homeland Security has proposed a substantial price hike in the cost of citizenship, prompting some application fees to go up as much as 83 percent.

While there are a handful of existing applications involved in the citizenship process, carrying with them a hefty price tag, the new proposal by the Trump administration would see the cost of most documents involved in the process increase exponentially.

Documents such as the the application for naturalization would go up from its original cost of $640 to $1,170. DACA renewals would also go up from $495 to $765.

The proposal also requests the transfer of $207.6 million in funds from the United States Citizenship and Immigration Services (USCIS) to the U.S. Immigration and Customs Enforcement (ICE).

The document urges that “in order to promote naturalization and immigrant integration,” fees must increase to account for estimated costs in the wake of “significant increases” in citizenship filings in recent years. 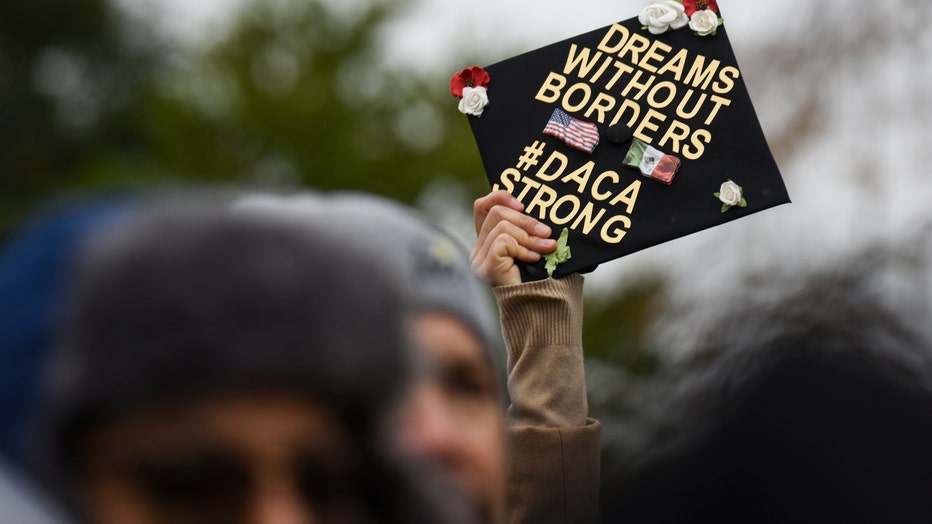 FILE - Demonstrators gather in front of the United States Supreme Court, where the Court is hearing arguments on Deferred Action for Childhood Arrivals. (Photo by Jahi Chikwendiu/The Washington Post via Getty Images)

Groups like the National Partnership for New Americans (NPNA) called the proposal “egregious” and urged the now 9 million eligible immigrants to act as fast as they can before the price increases take effect.

“If these inhumane fee increases are allowed to move forward, our families, loved ones, DACA holders and those seeking refuge will be priced out of their rightful place in our communities and in America,” Angelica Salas said in a statement.

Salas is the executive director of the Coalition for Humane Immigrant Rights CHIRLA and executive committee member of NPNA.

According to the NPNA, the proposed price increases will enter a public comment period that will go until Dec. 16, 2019.

The NPNA contended that the Trump administration has a legal obligation to consider public comments before the new rule can take effect.