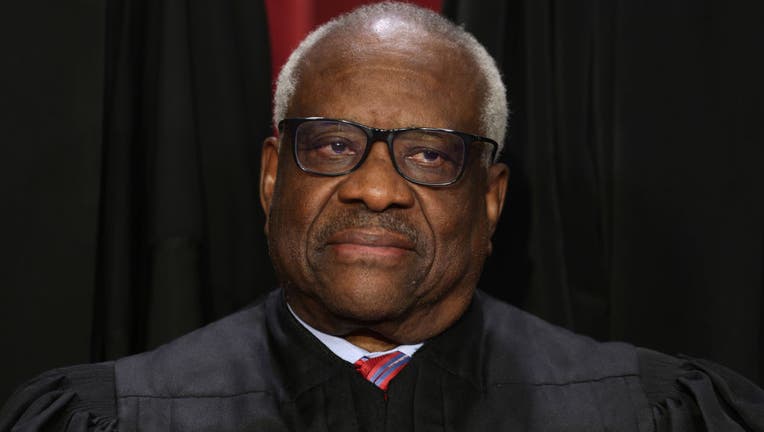 WASHINGTON (AP) - Lawyers who aided former President Donald Trump's efforts to overturn the results of the 2020 election regarded an appeal to Supreme Court Justice Clarence Thomas as a "key" to their success, according to emails provided to congressional investigators and made public Wednesday.

The emails from December 2020 show the lawyers discussing ways to delay the certification of results in Georgia, a closely contested state won by Democrat Joe Biden. One lawyer, Kenneth Chesebro, suggested that an appeal to Thomas, as the justice who handles emergency appeals from Georgia, could "end up being the key here."

"We want to frame things so that Thomas could be the one to issue some sort of stay or other circuit justice opinion saying Georgia is in legitimate doubt," Chesebro wrote. "Realistically, our only chance to get a favorable judicial opinion by Jan. 6, which might hold up the Georgia count in Congress, is from Thomas."

Another lawyer, John Eastman, responded that he was in agreement, saying that if Thomas were to act, "that may be enough to kick the Georgia Legislature into gear."

The emails were disclosed to congressional investigators as part of a long-running lawsuit involving Eastman, a conservative lawyer and an architect of Trump’s last-ditch efforts to stay in office, and the House committee investigating the Jan. 6 insurrection at the U.S. Capitol.

Eastman has been trying to withhold documents from the committee on the basis of attorney-client privilege claims. The committee has argued that there is a legal exception allowing the disclosure of communications regarding ongoing or future crimes. U.S. District Court Judge David Carter, who is overseeing the case, has mostly agreed, ordering the release of hundreds of emails to the House committee since the spring.

In the end, the Supreme Court wound up rejecting multiple Republican requests to intervene in the election and undo the results.

The emails were published by Politico. Their authenticity was confirmed by a person familiar with the matter who was not authorized to discuss the it by name and spoke to The Associated Press on the condition of anonymity.

RELATED: Trump returning to Iowa for midterm rally as he teases 2024 run

Thomas's wife, Virginia, was interviewed by the panel in September, when she stood by the false claim that the 2020 election was fraudulent.