The Manhattan district attorney and the New York attorney general are jointly prosecuting criminal charges against the Trump Organization and its longtime chief financial officer, who is a close ally of Donald Trump's.

NEW YORK - After a far-reaching investigation spanning two years, a grand jury in New York indicted the Trump Organization and its longtime chief financial officer in connection with a "sweeping and audacious" tax fraud scheme, prosecutors announced on Thursday.

In a statement, former President Donald Trump, who is not charged in the case, branded the prosecution a "political Witch Hunt by the Radical Left Democrats."

Allen Weisselberg, the company's CFO, surrendered to authorities in court in Lower Manhattan Thursday morning. Then at an arraignment before a judge in the afternoon, both the Trump Organization and Weisselberg pleaded not guilty to tax crimes and fraud charges related to fringe benefits the company gave to top executives.

The judge released Weisselberg without bail and set the next court appearance for Sept. 20.

Weisselberg's lawyers said he will "fight these charges."

Alan Futerfas, a lawyer for the Trump Organization, said authorities should never have brought criminal charges based on how a company compensates its employees.

"These kind of cases typically are resolved in the civil context," Futerfas said. "Why? Because the law on compensation, on fringe benefits is murky, it's difficult, it's complex."

The investigation began after Trump's former lawyer and fixer Michael Cohen testified before  Congress in 2019 that Trump inflated his own assets to an insurance company. He suggested to Rep. Alexandria Ocasio-Cortez that someone should look into the president's tax returns and other financial documents at the Trump Organization.

Earlier this year, a grand jury was empaneled to weigh the evidence. James said she assigned two of her lawyers to work with Vance on the criminal probe while her office would continue a civil investigation of Trump.

Prosecutors accused Weisselberg, 73, of receiving more than $1.7 million in off-the-books compensation, including apartment rent, car payments, and school tuition, according to the indictment.

"If the name of the company was something else, these charges would not have been brought," Futerfas said outside court on Thursday.

He and other lawyers for the company said criminal charges against a former president's business are "unprecedented" and that the case was politically motivated because Vance and James have it out for Trump. 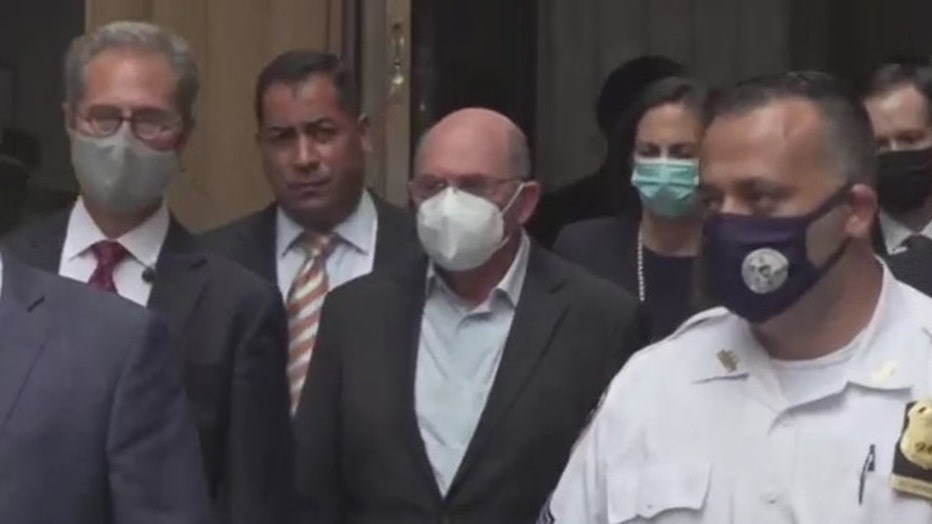 "All Americans should be concerned about what they see in this case today — this case is truly unprecedented," Susan Necheles, an attorney for the Trump Organization, said. "The attorney general's office and the district attorney's office brought a joint prosecution here because they dislike Donald Trump politically."

Prosecutors gave no indication that Trump himself would be charged at this stage but in a statement, the attorney general referred to the case as an "ongoing criminal investigation."

"This investigation will continue, and we will follow the facts and the law wherever they may lead," James said.

Vance, who leaves office at the end of the year, has been conducting a broader investigation involving Trump and his company.

In an earlier statement, the Trump Organization said the DA's office is using Weisselberg as "a pawn in a scorched-earth attempt to harm the former president."

"This is not justice; this is politics," the company said.

In the past, the Republican ex-president has decried the investigations as part of a Democratic "witch hunt."